Once I get the Schmolke bars sorted, I can move to Phase II, which will include swapping bars, stem, tape, brake cable, computer mount, and removing the satellite sprint shifters. Hopefully the Dila saddle as well, which shipped from Slovenia 15 days ago.


Very interested to watch your build.
Can you expand more on the details of your wheel build? Other than hubs, rims (weight), spokes, lacing patten etc.
Top

Sure thing! As I mentioned at the top, I'm simply looking to arrive at the lowest possible number for total weight, but want to factor in things like aerodynamics, rolling resistance, drivetrain friction, and functionality/durability. So for me, that ruled out crazy lightweight wheels, the stuff in the ~800g range, because to go that low you have to use a shallow/narrow rim. So no 25x20mm rims for me.

If you look at my build sheet, you will see that rather than a 20c tire, I'm moving up not just to a 23c but instead a 25c tire in the Vittoria Corsa Speed. I've run these tires (23c) in their tubeless form on wide 19.5mm internal width wheels so that they expand out to more like 26mm and am aware they are very fragile, but the tubular wheels with the Corsa Speeds will only be used for races/special events. I have the 25c Corsa Speeds stretching on some spare tubular rims now and inflated to 100psi I measure them at 24mm across, so a little under their stated width. At my weight and in an effort to minimize rolling resistance, the 25c Corsa Speeds were the selection.

In order to comply with the Rule of 105, I need a rim that is 25mm or wider. So again, the super lightweight tubular rims that achieve their weight from being narrow and/or shallow won't work. Since aero also matters to me, I'm inclined to go with a rim that has some depth, and not something super shallow. Finally, I don't want a rim with a pronounced "V" shape or that otherwise (to the eyeball test at least) is likely to suck in crosswinds (though staying reasonably shallow will help there).

With all that in mind, I looked for a rim that met these criteria. There were a number of contenders, but in the end I decided (with a local riding buddy who is a WW and has a 9lb bike) to roll the dice on some China carbon rims. Remember, am unlikely to put more than 100 miles/year on these wheels. And I really liked the specs, from the 38mm depth to the 25mm width to the claimed weight of 325g/each. We'll see if they come close to that when they show up. At a price of $272.33 for a 20/24 pair, including shipping from China to USA, I went ahead and took a chance on them. 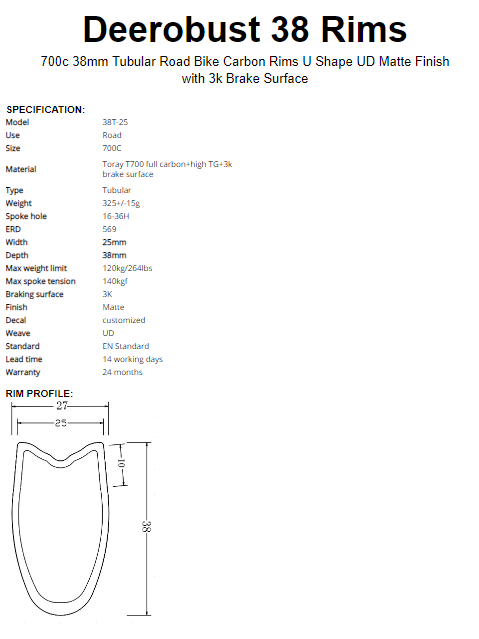 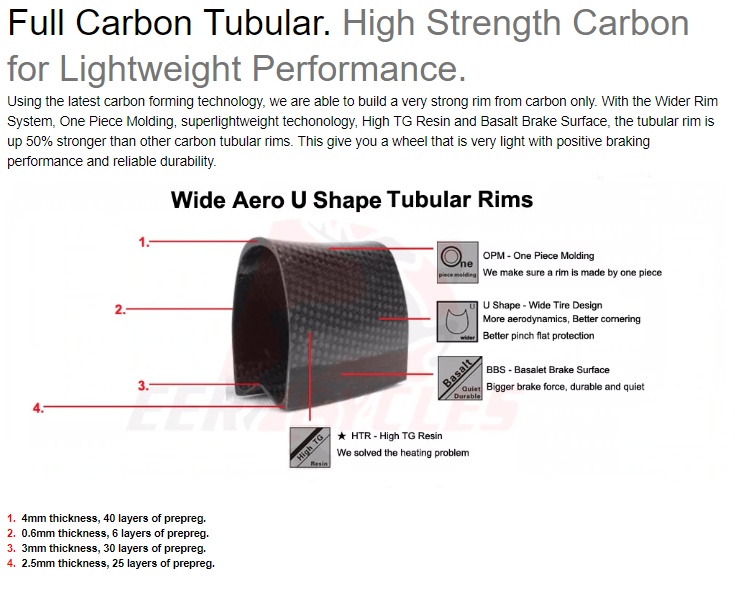 I have a club hillclimb on September 15 and I don't want to mess with changing saddles before then so will wait a bit to try it out. It's definitely a gamble fit-wise - while it's similar to the Stealth saddle, there are at least two differences. First, the nose is wider than the Stealth. I'm guessing that will be OK for me. It's not a LOT wider. More significant, though, is that the rear of the Stealth is flatter side-to-side, while the Dila slopes down a lot more. It seems like the Dila thus effectively narrows the sitbone support. That has me wary. But I won't know until I try it. I tried to capture this in the photos below. Who knows, maybe I will like it even more than the Stealth, and can get one for the coming SuperSix and save some weight on that bike.

I'll post ride impressions once I have some time on the saddle, even though I find saddle reviews are inherently of limited utility since we all need/like different saddle shapes. 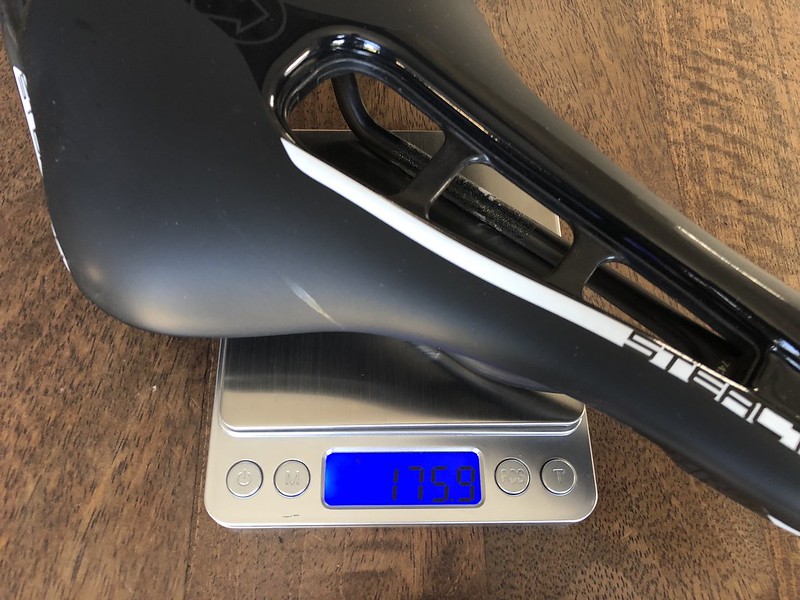 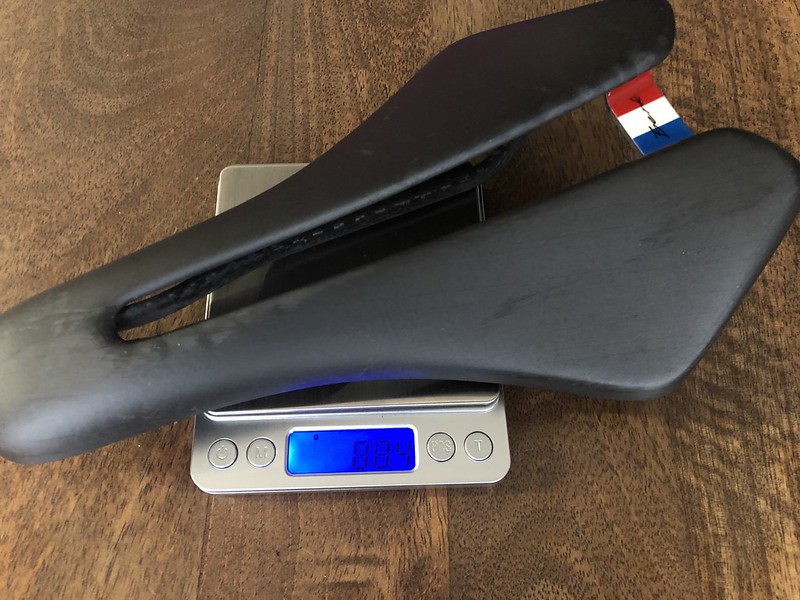 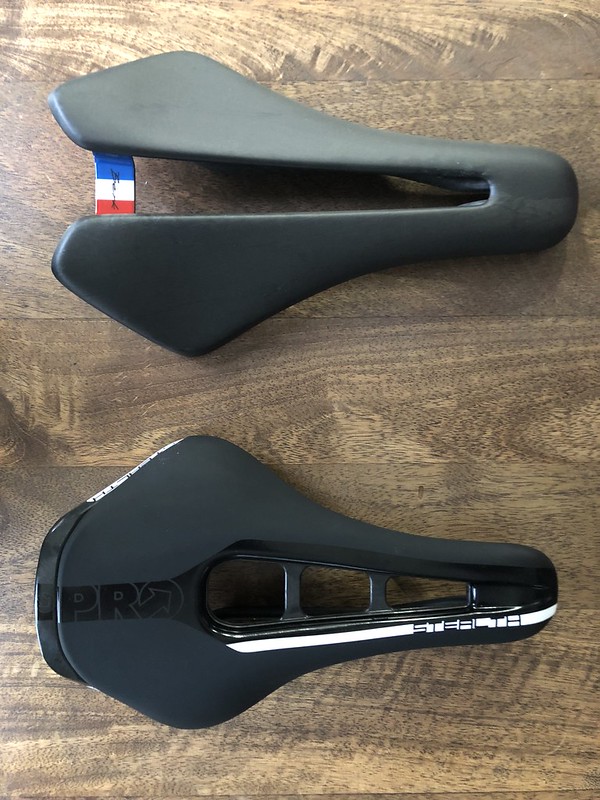 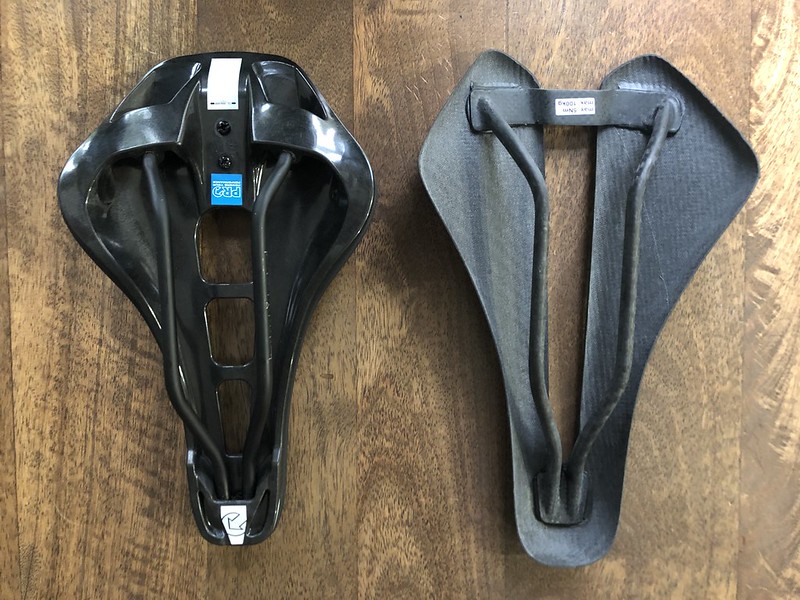 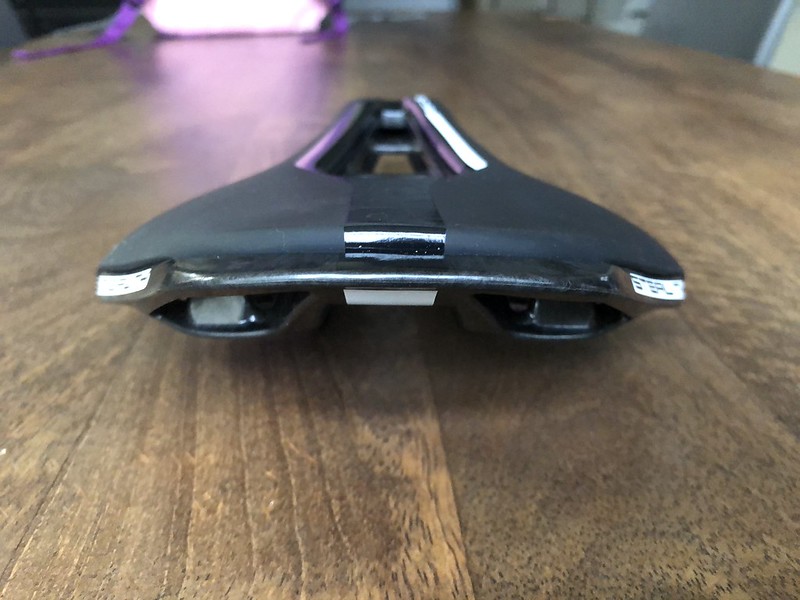 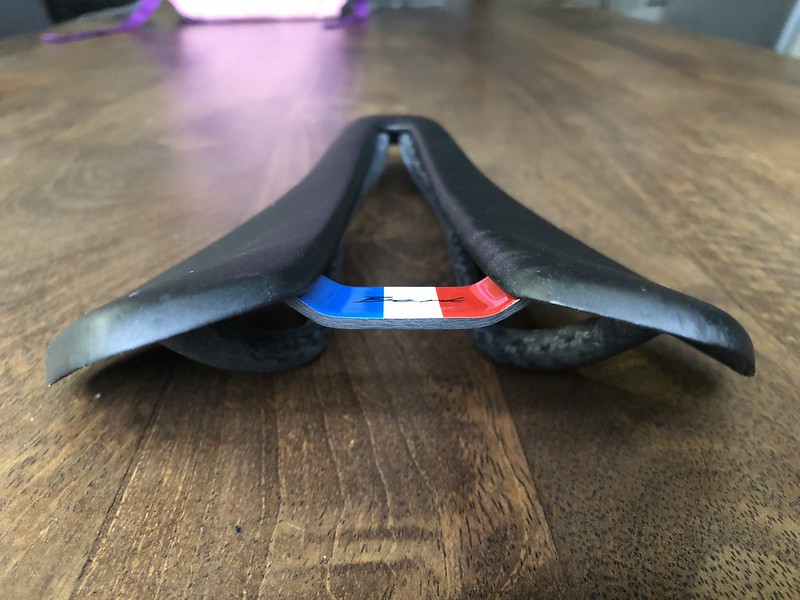 Zipp and Schmolke measure their bars differently - I wasn't necessarily looking to go wider, though I have found that going really narrow at the hoods (e.g. Enve SES Aero Road handlebar) isn't good (for me) when it comes to climbing/breathing. I'll measure them both at the hoods and add to this post, but they are comparable. While I ordered the Schmolke bars in the "Di2 version," the holes drilled were too small for E-Tube wires. After inquiring, Schmolke said it was no problem to expand the holes enough to get the wire's connector end through the hole, but for a bar that sells for almost €500, the "Di2 version" should not require modification to make work correctly. I've been on the SL-70 Aero (and its predecessor, the Vuka Sprint) for several years now, so it's nice to have wrapped tops again, for a little more comfort when using that hand position on the bars. 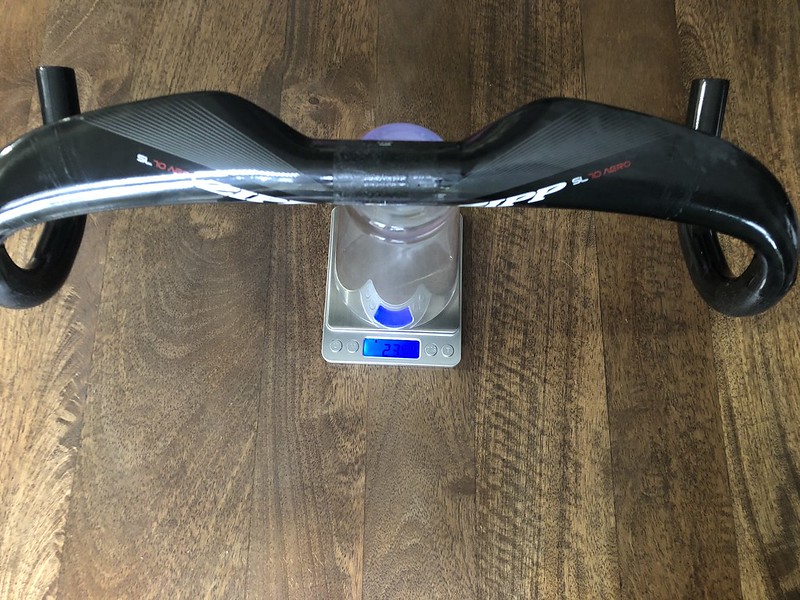 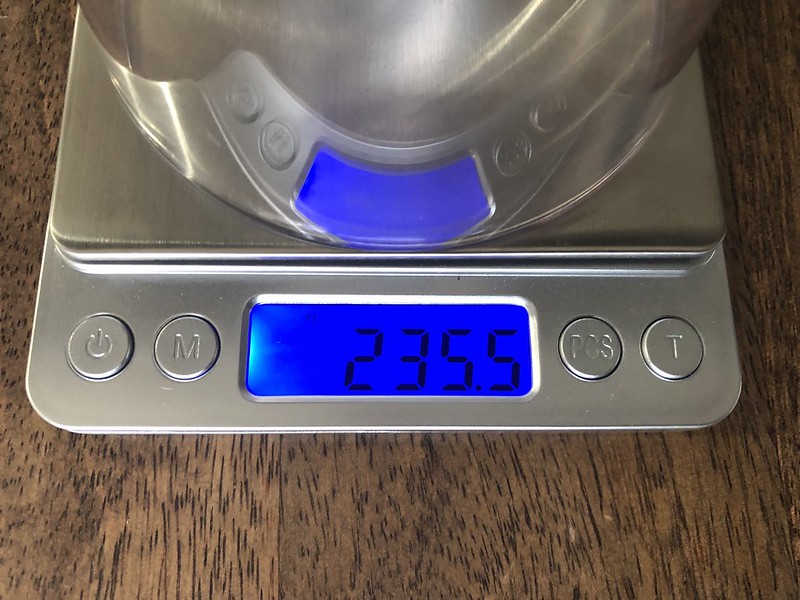 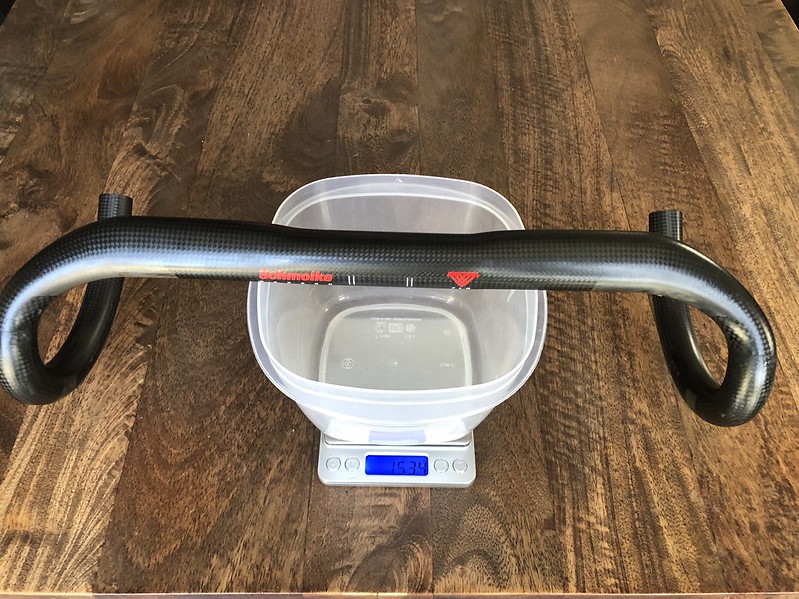 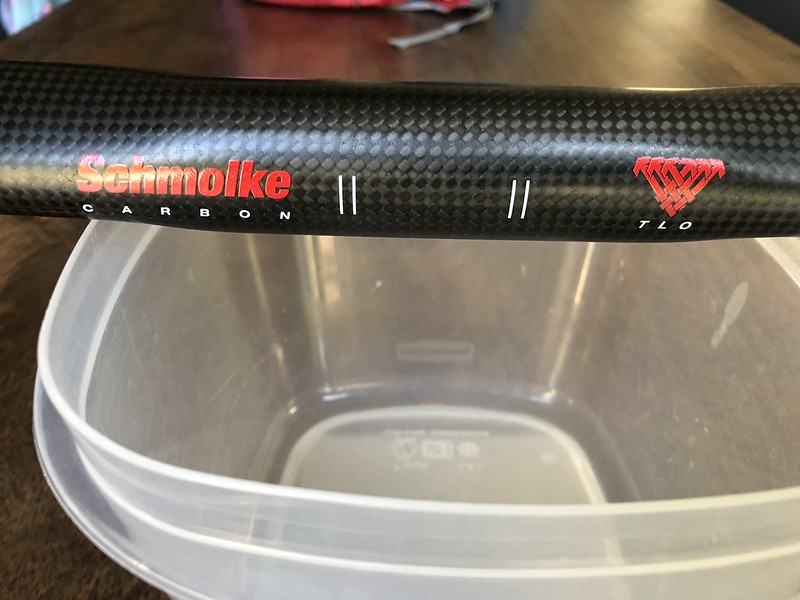 So far, there doesn't seem to be much to report here, which is a good thing. Despite the very light torque on the faceplate, the bars haven't slipped or anything like that. I haven't really pushed the handling yet, but the stem and bars were fine on the first day ride's 44mph/71kph descent. I really love the Speed SL stem though, so for now this will go in a parts box rather than selling it. At the first sign of any issue with the Hyperstem, the Zipp stem will go back on, despite the 46.9 extra grams. It's such a solid and pretty stem. 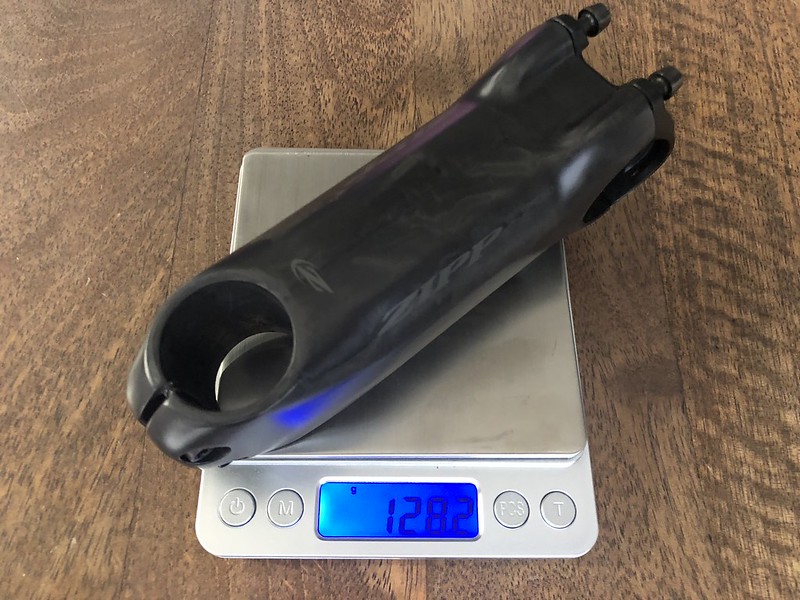 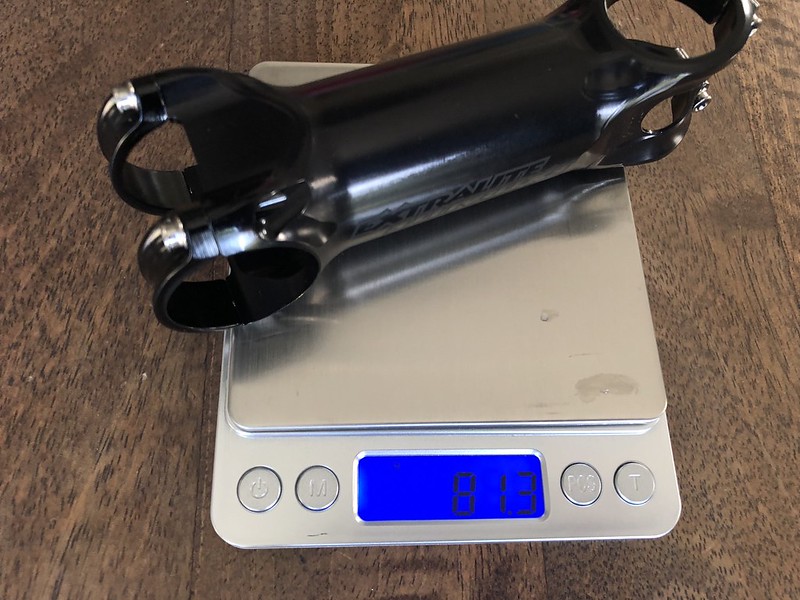 Some good upgrades! I’ve been interested in the Berk Dila but I also ride a flat saddle (Fizik Antares/Ares) and the shape/angle has me questioning if it’d be to different from my current saddles. Berk doesn’t seem to have a flat 143+ saddle which is a bummer for me.
Top

I'll be happy to let you know how it works for me and how different it feels. It will be interesting to set saddle height as well. With the Stealth I know my coordinates to the mm, and because it's relatively flat one of the three measurements I use is to a virtual "sitbone area" on the rear. But with the Dila, I'm not sure where my sitbones will contact the saddle along its sloped rear, so will have to guess a bit and then try to replicate feel.
EVO1 | 5.37kg
EVO3 | 6.51kg
SystemSix | 8.01kg
P5 Disc | 9250 | P2Max NG SL | Ascalons | TroikaMax or Titan/Roval 321
T1 | P2Max Type S | Rolf Prima FX58/Zipp Super 9 Disc
Top

Which S5 did you have? The one with or without the tapered fork?
Strava
The Ex's: I've lost track...
Top

Uhmm, I don't remember the fork, that bike seems like lifetimes ago. I think the current S5 was announced in October 2014, and mine was the version prior. This one:

I have some other updates that I need to add, but they're rather boring IMHO. A few days ago, the rims arrived from China. Looked them over and very pleased. Sure there is only so much you can tell from a visual inspection of a carbon rim, but the shape looks good and that seem to match very well with a 25c Corsa Speed tubular. The moment(s) of truth of course came when I put them on the scale. They were advertised at 325g +/- 15g and we of course know that carbon rims (almost) always come in heavier than claimed, not lighter. So I was prepared for these to weigh 340g each, maybe more if the claimed weight was BS. I was pleasantly surprised that all were within the claimed weight rage, with the lightest coming in at 329.2g (1.29% over), the heaviest at 3.08% over and the average at 7.38g per wheel, or 2.27% overweight. 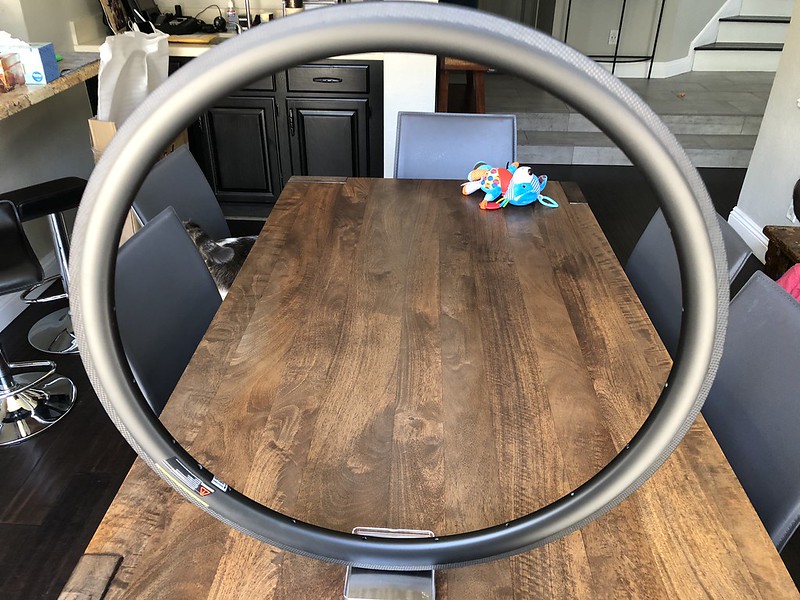 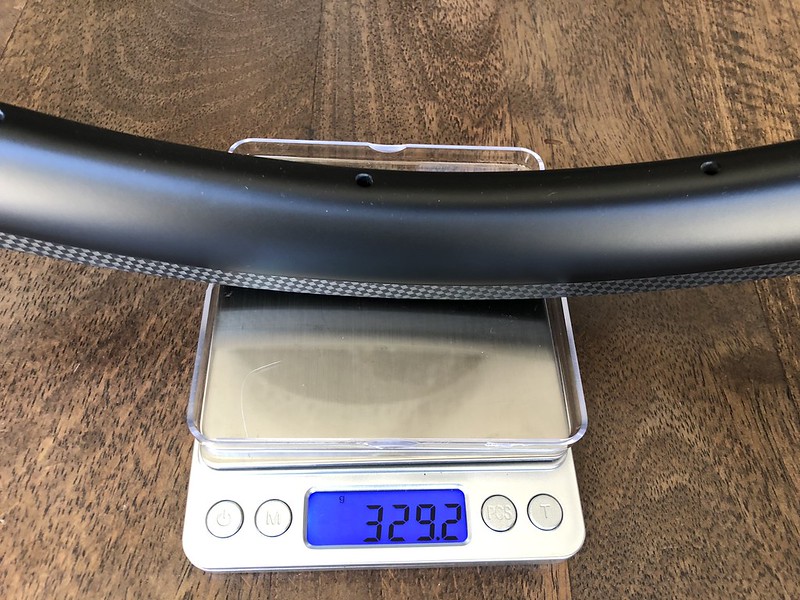 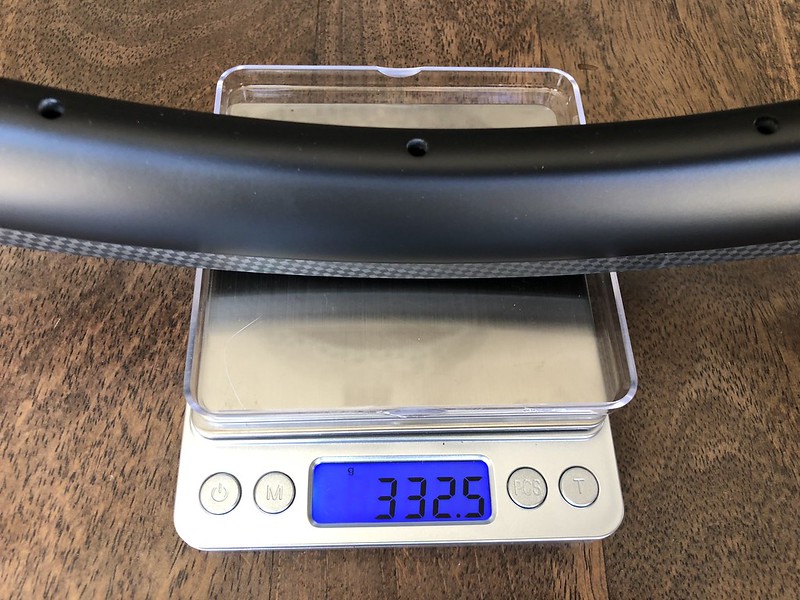 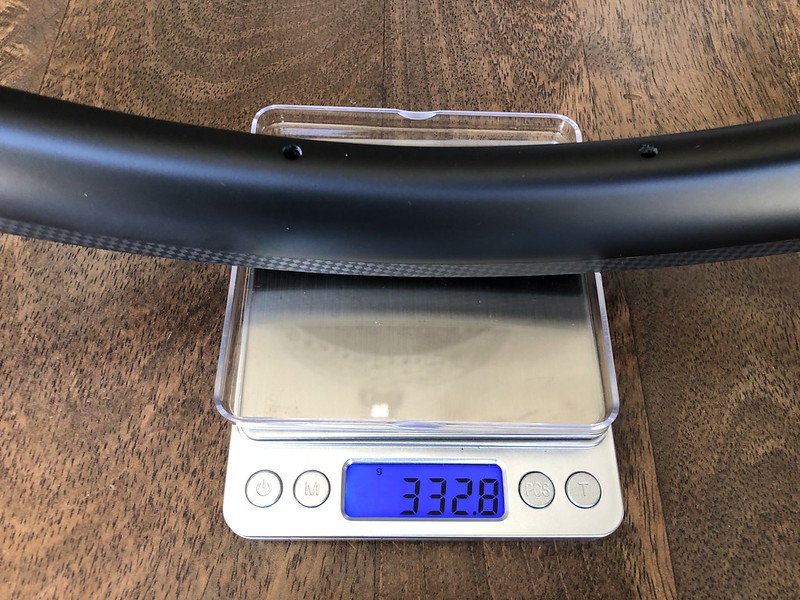 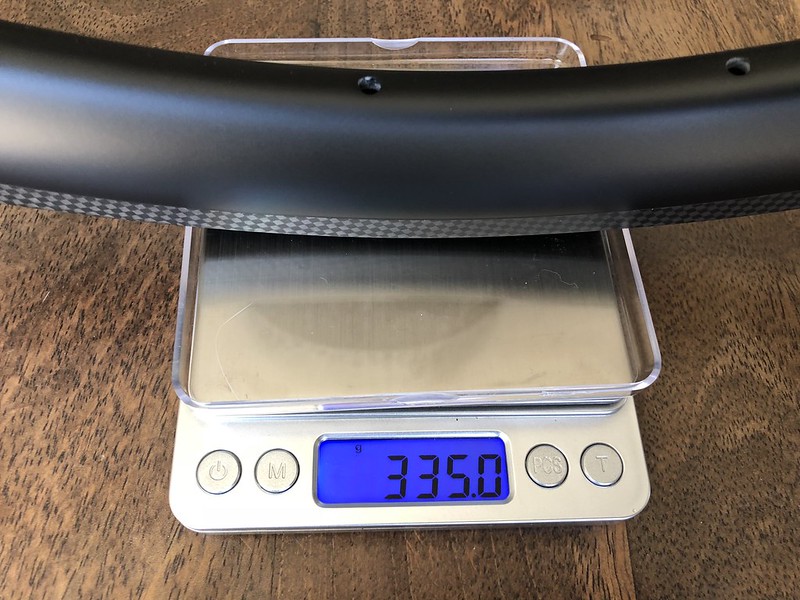 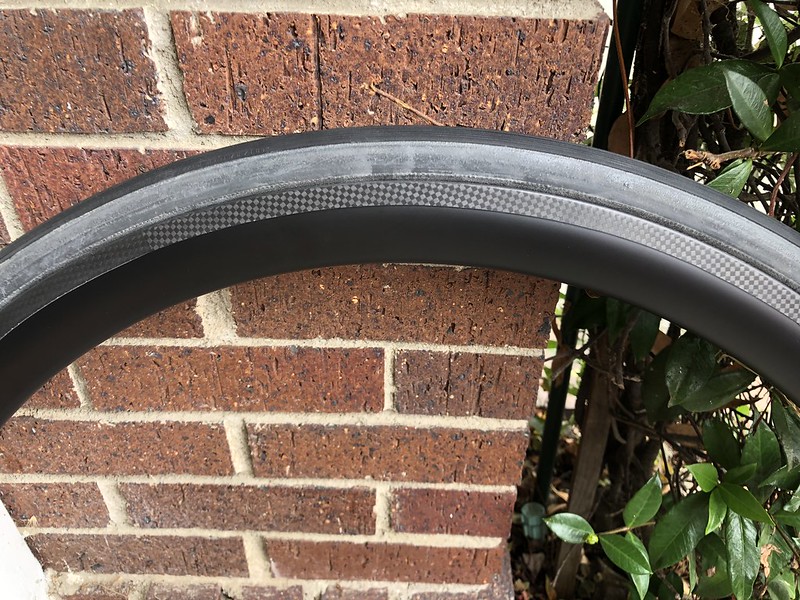 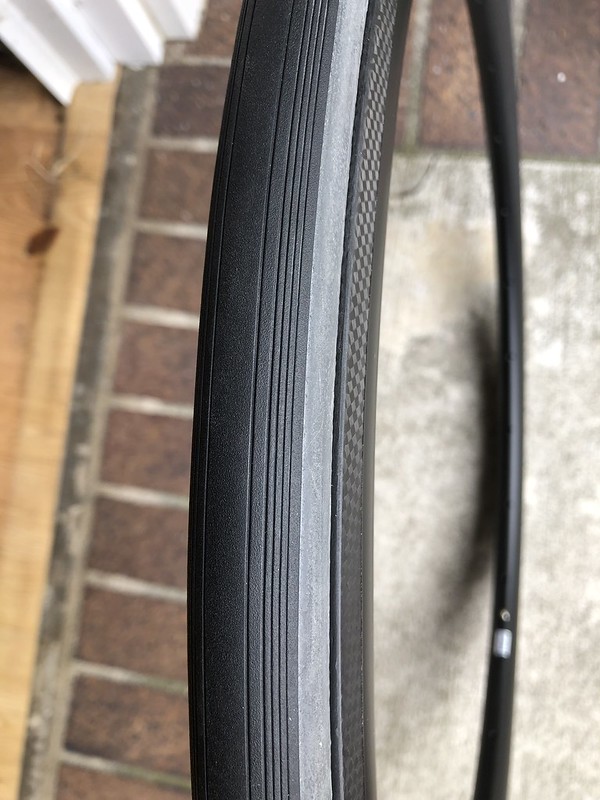 So the plan was to remove the sprint shifters, and we did. I was planning on using them on my new SystemSix, when it finally arrives. Alas, I learned that the 9170 hydro/Di2 shifters on the SystemSix will NOT work with my sprint shifters. This is disappointing. I'm really not sure why Shimano did this to the 9170 shifters. I'm going to have to figure out a solution to that, because I rely almost exclusively on my sprint shifters when shifting from the drops.

In riding without the sprint shifters the last few weeks, I've found that I miss them, even on what will be a "climbing" bike. Whether it's getting to the climb itself, a mid-climb dip/corner where I get in the drops, or the inevitable descent afterwards, I still use the drops and when I do, I miss the sprint shifters.

While Shimano advertises a weight of 10g for the sprint shifters, it turns out they weigh only 5.8g. So with all that in mind, I think they are going back on. I will just have to suffer through those extra 5.8g. 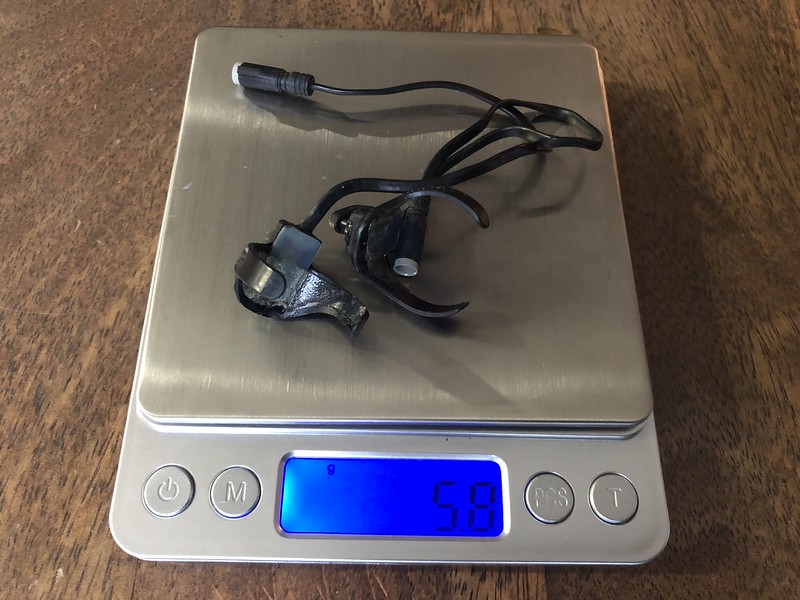 Nothing too exciting here, but I did save some weight and gained some climbing comfort while on the tops, as the tops of the Zipp SL-70 aero handlebars were not taped and now the tops of the Schmolke bars are fully taped. 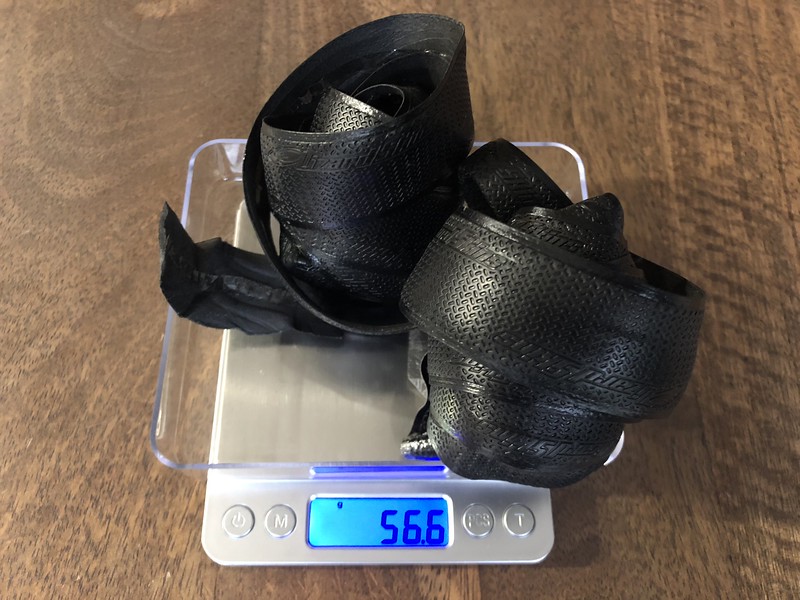 Deda tape out of the box (sorry, I didn't weigh the waxed paper backing): 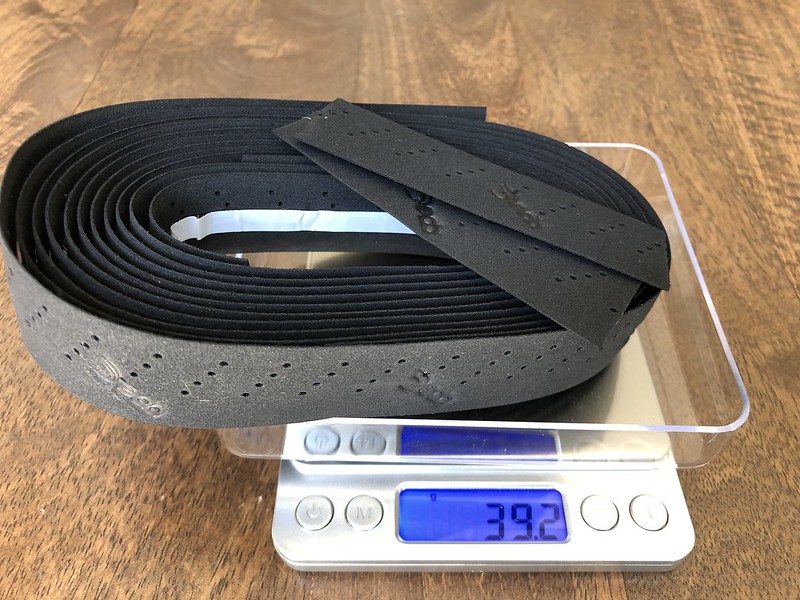 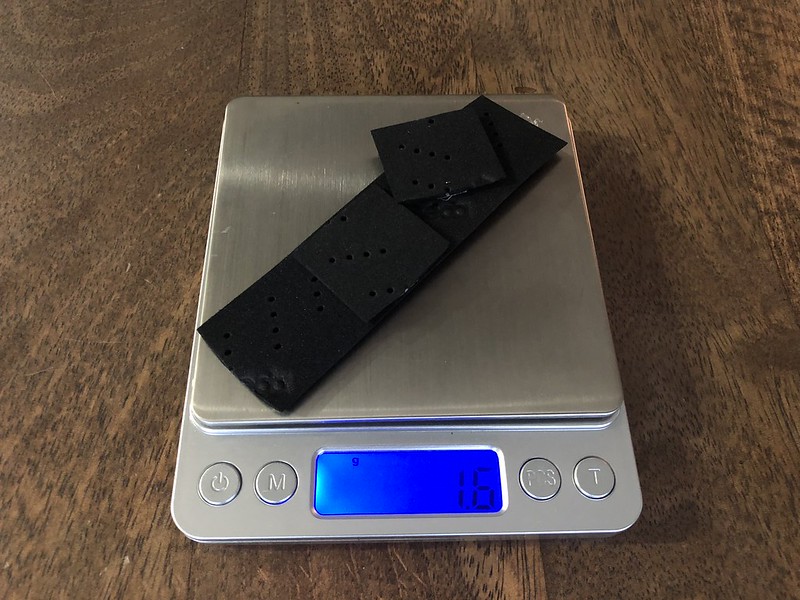 Yes, now we are in for some true excitement. Swapped the stock bolts (10.4g) for Omni Racer alumnium bolts (4.8g) for a savings of 5.6g. I'm sure there are lighter options, but these are light enough and they're green. 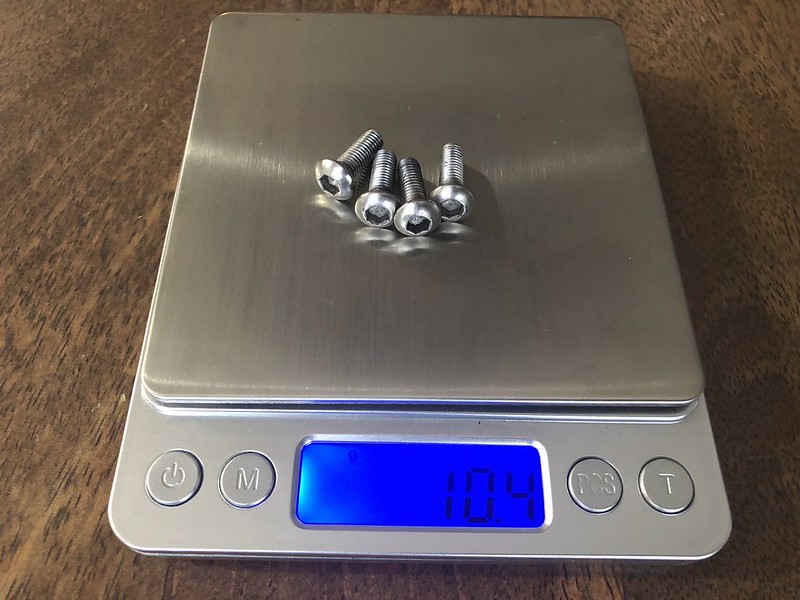 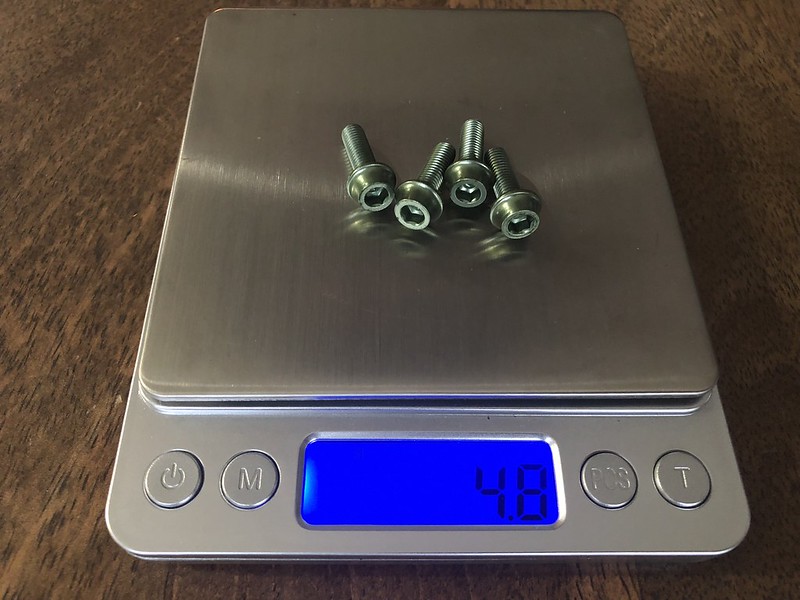