@chris
Yeah, if you have a metal spindle THM crankset then just use the SRAM PF30 one. Same idea as the BB386 Quarqs, everyone just runs those with a regular PF30 bb and spacers. The benefit of the SRAM one is that it's delrin on the outside and there's a sleeve that goes over the spindle between the bearings, so not metal on metal contact. I don't think I've ever had a SRAM PF30 bb creak on me, can't say the same for nearly everything else including Chris King.

@romanmoser
Yeah, they emailed me about it but the pictures didn't really illustrate what they did....and it's a disc only frame so that's a bit of a non-starter for me.
Strava
Not for the sensitive types. My Instagram reviews
The Ex's: I've lost track...
Top

Denavelo wrote: ↑
Thu Nov 01, 2018 6:48 pm
Interesting..... The SRAM PF30 BB will work fine with (THM) cranks? I'm getting a nasty click on my Firefly and THM PF30 BB + M3 combo. When I built the bike, it was mute silent, but that was nearly 6 months ago. I see the THM bottom brackets have the bearings outboard more so than the SRAM.

I’m not familiar with the THM cranks but whenever I install a PF BB, I always use wakos brake protector. I’ve used it in my old carbon frames, a steel Niner RLT and with my new Litespeed T2. Never had one creak from any of them. Not sure if you can get hold of the wakos stuff where you live but it’s easy to find here in Japan.
Top

I wasn't planning on doing any changes this weekend since I'm trying to wrap up a huge project but since I woke up at 3:15am this morning and after unsuccessfully going back to sleep, have been working since about 4am, I decided I'd give myself a break. I glued some Extremes on the Lightweights (pair #2) and installed the Carbon Ti rings (shout out to dmoneysworks for the quick shipping). Dropped about 250g which puts the bike around 5.9kg. Not terrible for a metal bike with 9100 brakes and a tad porky PM (Sisl2 SRM is about 100g lighter with MKV rings).

I ordered 4 tires, these two ended up being the lightest I've gotten in awhile: 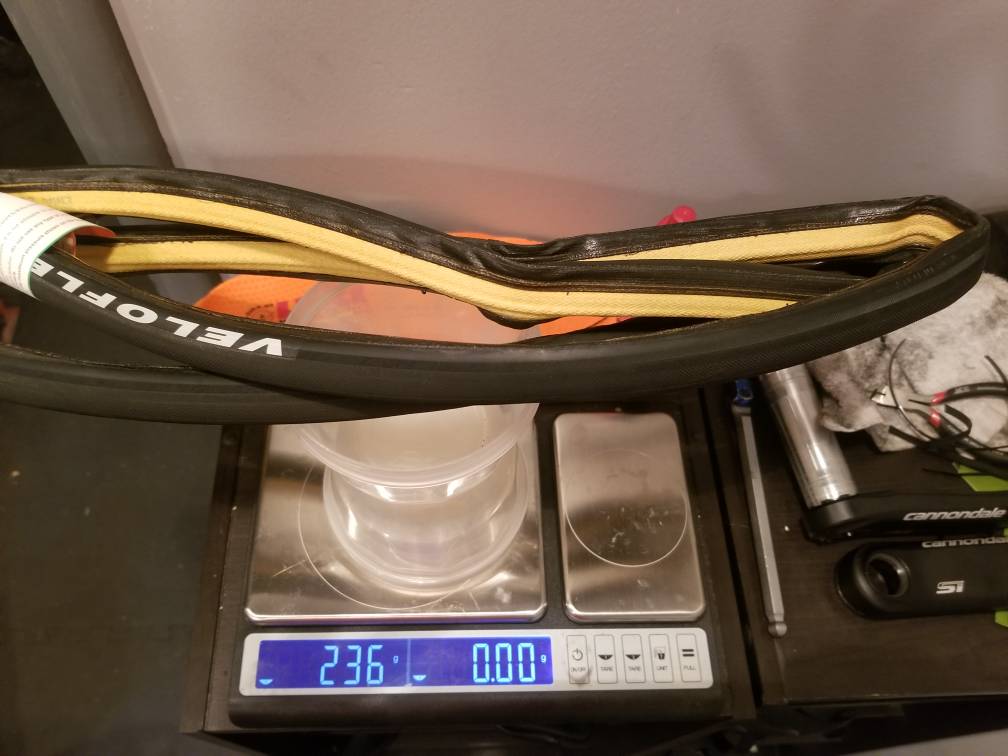 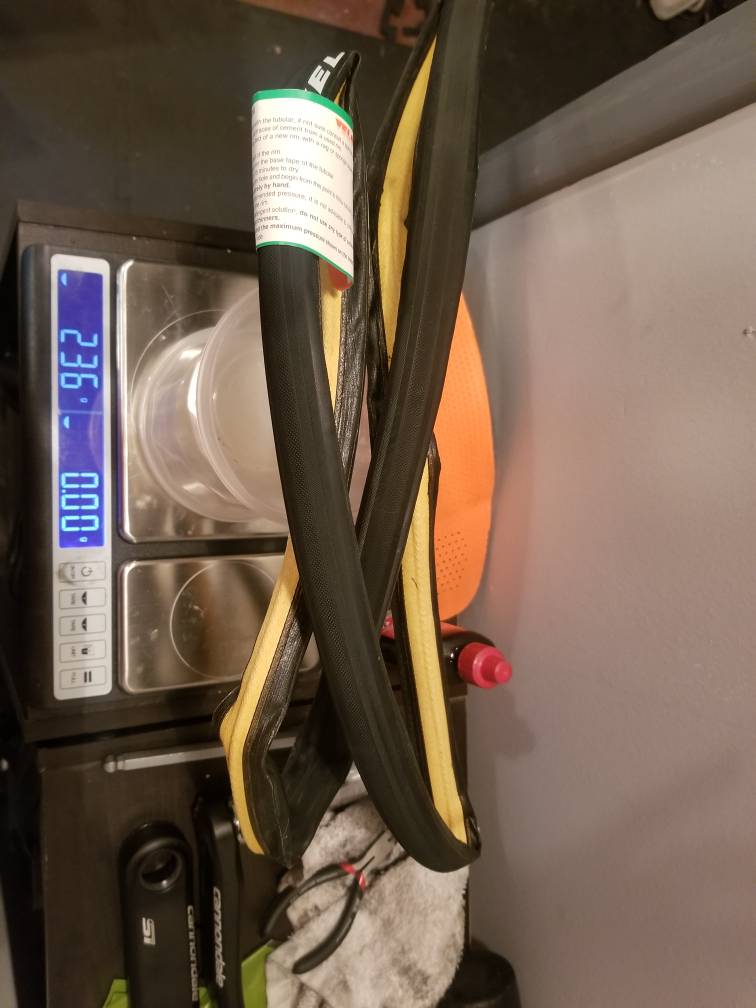 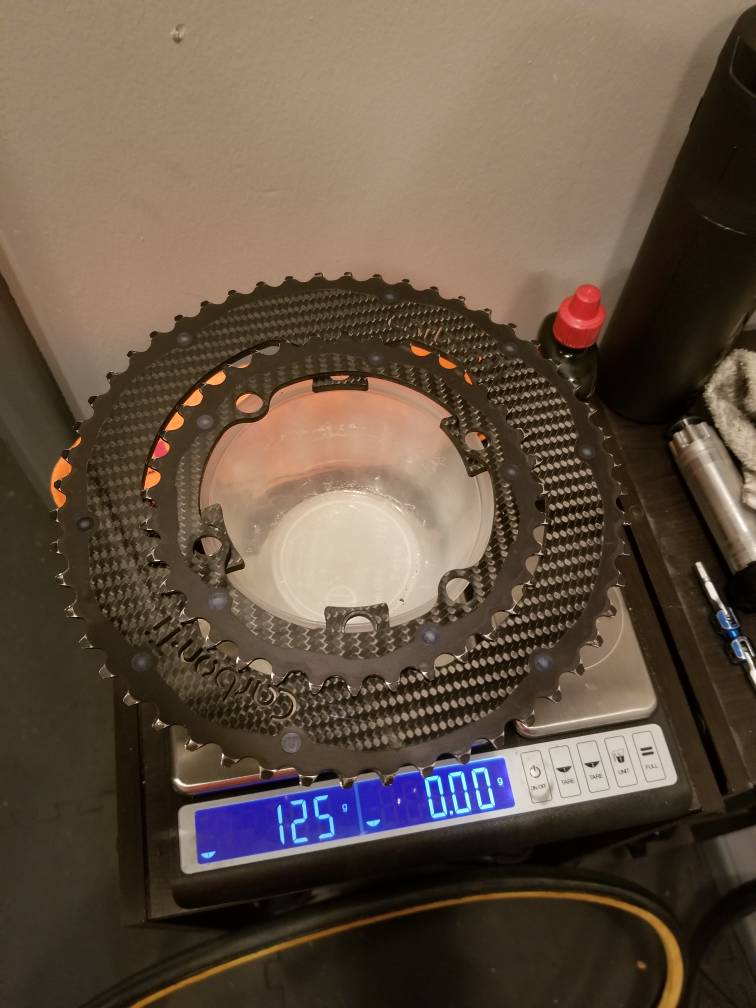 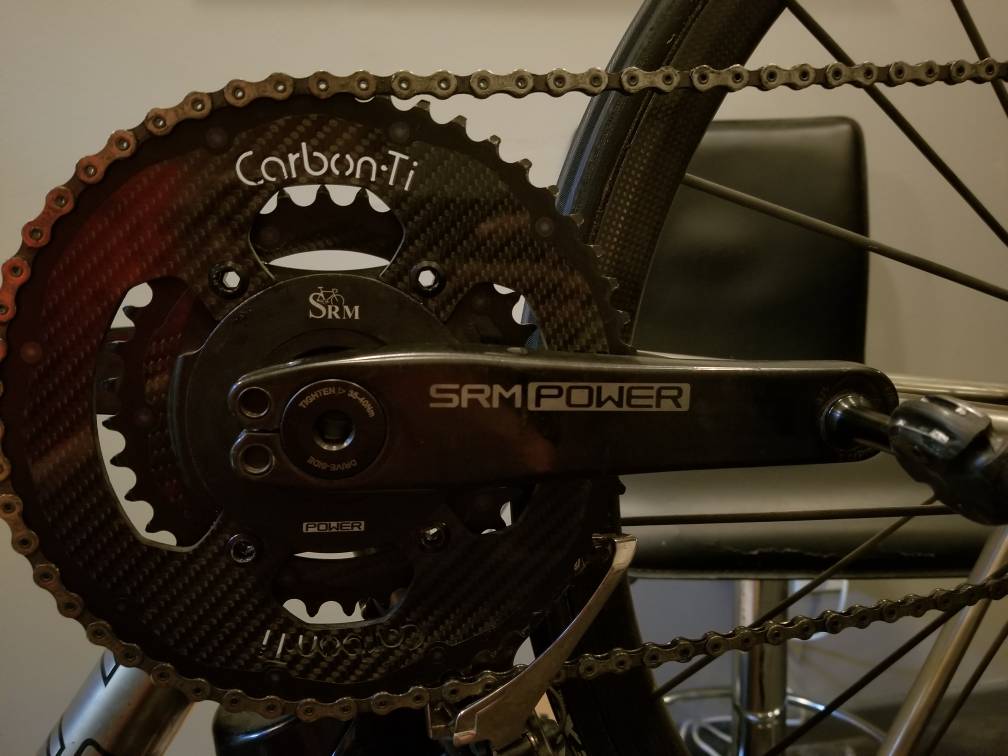 Wow, those tyres are light. Your so bloody lucky. Mine were 240.9 and 248.7. What was the weight of the other two. Were did you get them from. I'm never that lucky.

Here's a snap in the current getup: 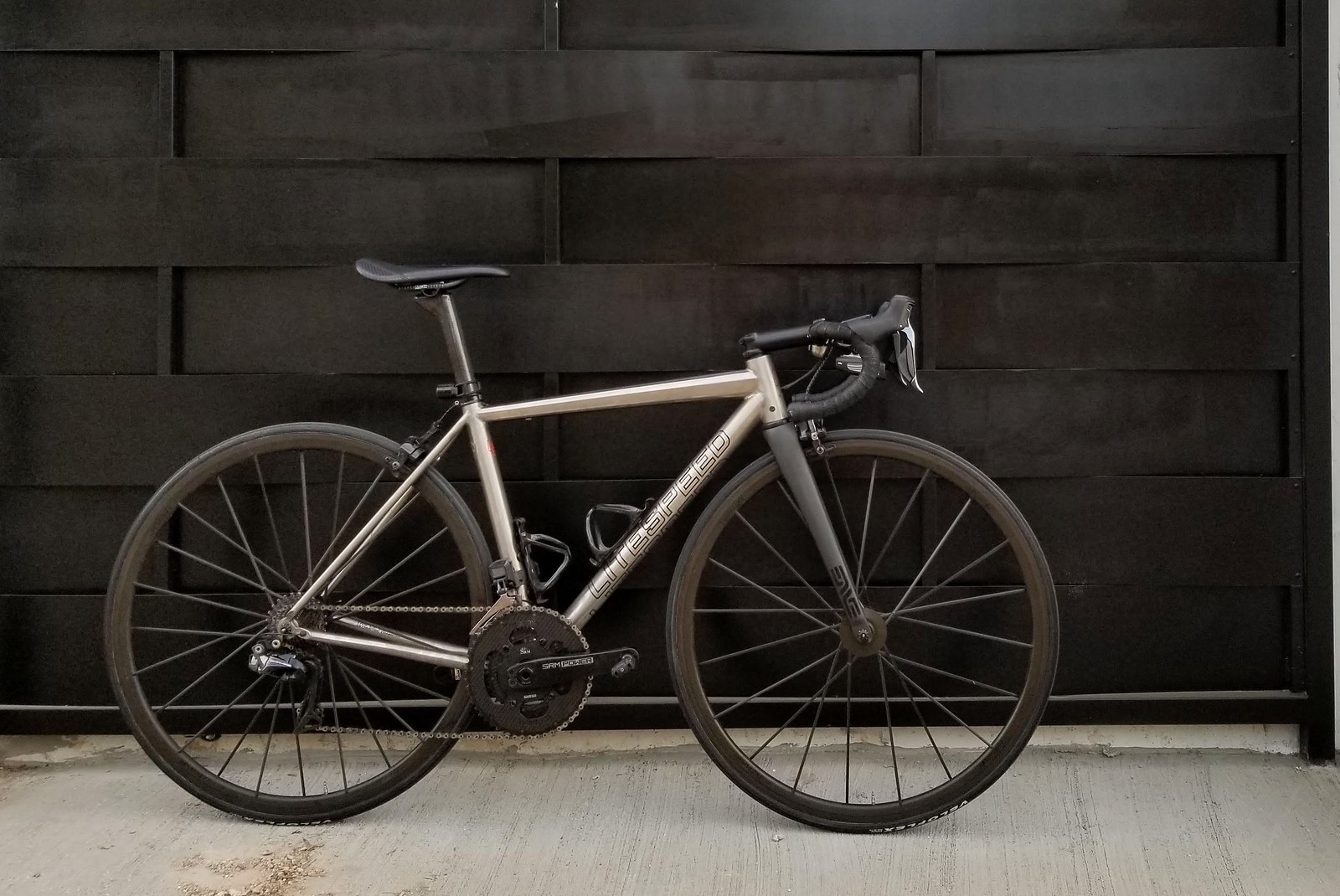 let us know how the shifting is with Carbon-Ti
Top

I got 2200 miles out of my last rear tire before it was worn through.
Strava
Not for the sensitive types. My Instagram reviews
The Ex's: I've lost track...
Top

RyanH wrote:I got 2200 miles out of my last rear tire before it was worn through.

Pardon my ignorance, but can you point me to where I can learn more about the chainrings and the options? What kind of mileage on can expect, costs, limitations, etc
The Herd
viewtopic.php?f=10&t=149524
Top

It's the only light option for 4 bolt. I think they're heavier than Cannondale MKV in standard and compact but there's a lot more options. Details on them are sparse, so I'll report back as I use them. I need to fine tune my FD because it threw the chain using the position that the BOR 53t rings were at (this is 52t). I had to bring it in a little and now it's rubbing in small/<20t in rear. Hopefully it's just an alignment issue with the FD.

Cost is astronomical for new ones, I was fortunate enough to pick these up second hand, but even used they're almost more than Fibre-Lyte new. The inner ring is not much lighter than alloy so you can save a lot by using a regular alloy one.
Strava
Not for the sensitive types. My Instagram reviews
The Ex's: I've lost track...
Top