What is your saddle height and how much adjustment do you have left with that topper? I might get a chance to get one of these myself and still a little uncertain about which topper to go for.
Top

I don't remember of the top of my head but my saddle height is right around 70cm and I went with the short or regular topper. There is a longer version available too. Im on vacation now but can check how much space there is left on the integrted post. There is definitely a minimum insertion marker but even with the short topper I still have enough wiggle room.
My Bikes:
BMC SLR01 TeamMachine
Cannondale CAAD8

Thanks, that probably means I need the long one, since I am sitting on around 74 cm. Enjoy your vacation

Amazing bike. Great job putting it together. I would love to hear how the isospeed decouples work and if they soften the ride at all. Love the handlebar tape. What kind is it?
Top

Thanks @Huskies91. The ISO Speed stuff definitely works! I also have it on my Madone RSL and it definitely makes a difference. The Boone is a stiff bike for sure. The front ISO Speed takes out the bigger bumps but it's by no means any type of suspension. I run about 45-50psi in those tires and like the ride a lot.

Really had a blast riding this thing. Have done pretty technical single tracks, some fun less technical and fast trails as well as a stupid rainy fondo with many fast descents. Had 28c Vittoria Control tires for this at like 60ish PSI. Perfection. The gearing is pretty much spot of for most stuff I ride. 42x36 gives me low enough gear I typically need and 42x11 let's me get up to 28-30mph in a fast paceline. Here are a few more shots: 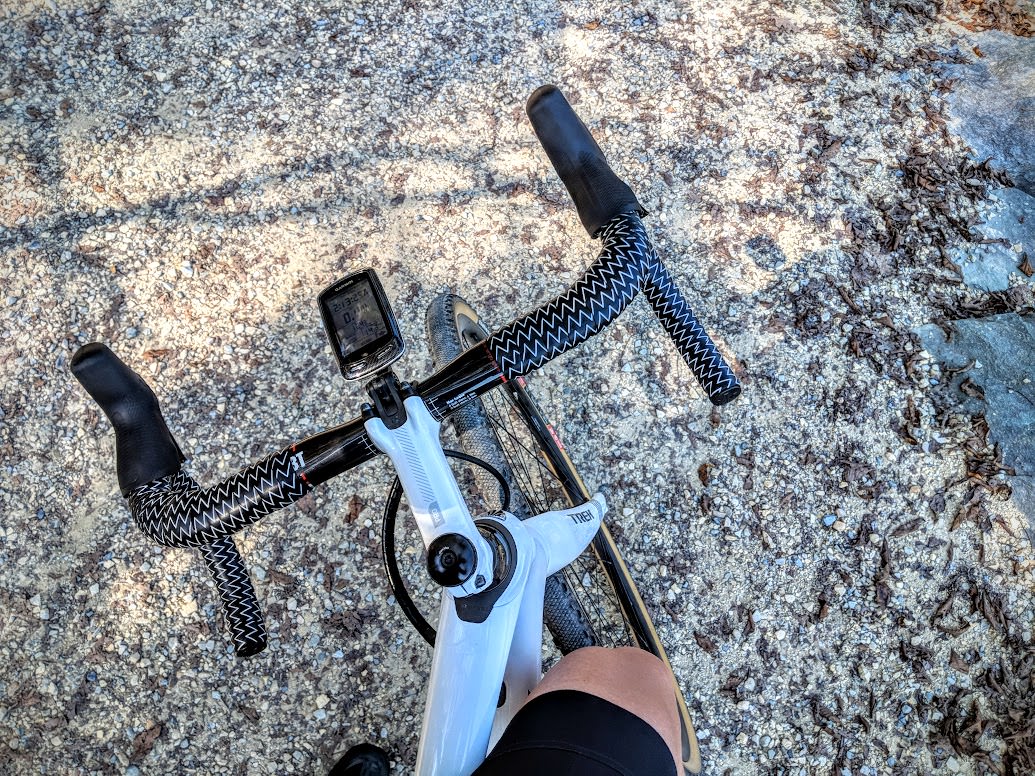 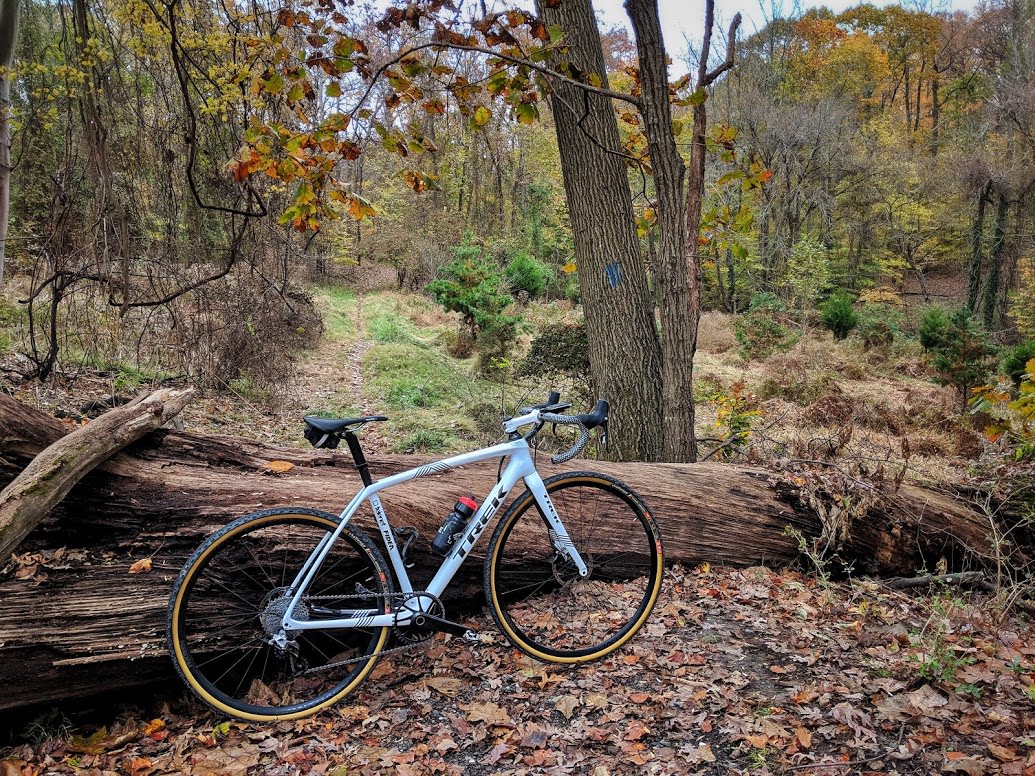 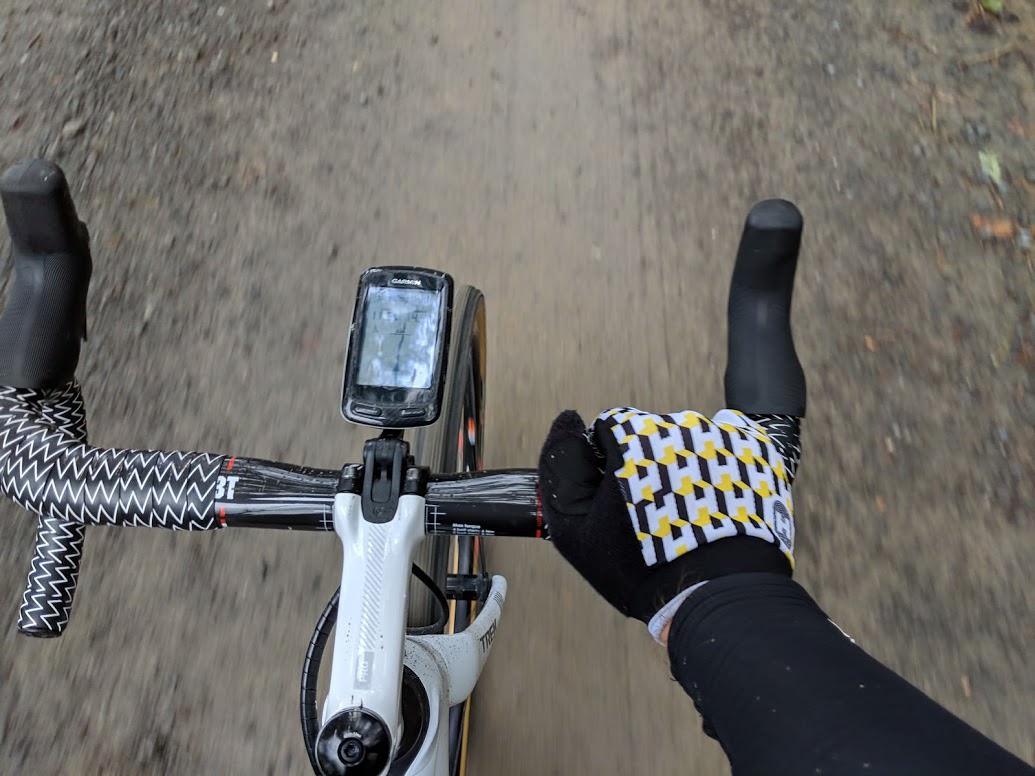 Superb!
Domane
Speed Concept
"Nothing compares to the simple pleasure of a bike ride"
Top

I actually really like the zig-zag and get a lot of compliments. I tried the DSP tapes but didn't really do it for me. Personal choice I guess.
My Bikes:
BMC SLR01 TeamMachine
Cannondale CAAD8

Solid, clean build. Patterned tape always divides opinion, but all that matters is that you’re into it.
https://www.instagram.com/xdom_sx/
Top

You need a worms plug kit, brilliant stuff. You only need a tube for a huge sidewall cuts then.

Very very elegant bike. Been eyeing the Boone for a long time as a consolidated road/groad/pathbike. Yours looks almost spot on. Enjoy it!
Top

I think a small update is in order since it's been a while. The bike has been an absolute blast to ride. I've been using it for some road rides and obviously off road...mostly gravel stuff. With the longer wheel base due to longer chainstays the bike is super stable, especially on descends and has a nice progressive feel when accelerating. It's not snappy like my race bike, Madone, but I like having something different. The ISO speed stuff is still working perfect and it definitely works. Descending on bad pavement and gravel roads is really incredible. The trick though is NOT to slam your stem. I have the cone and one spacer and I think it feels perfect.

I recently made the following upgrades/changes 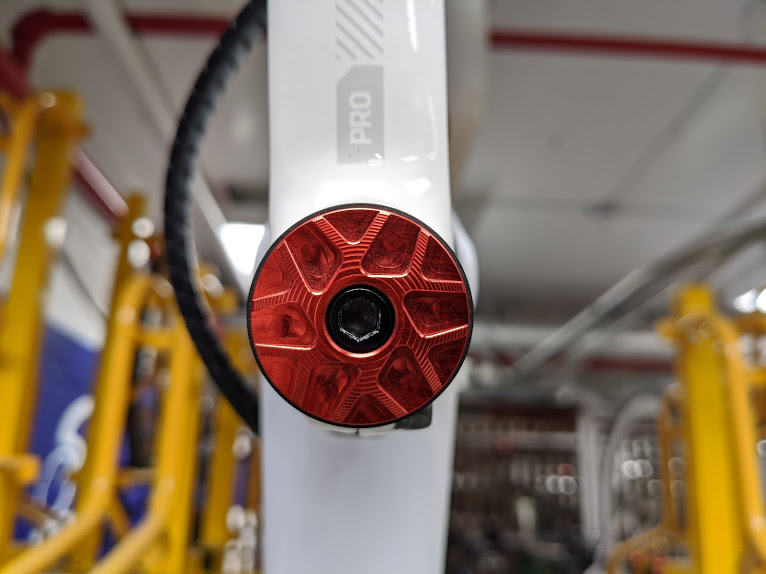 Garbaruk derailleur long cage. The goal here was to be able to run a 42t cassette. My chainring is 42t. I used to run a Sram 36t cassette which worked fine for the most part but I do at times ride some very steep 20+% grades on loose gravel so that 1 to 1 ratio was something I wanted. The cage is beautiflly machined and allows you to run something crazy like 50t cassettes by changing the geometry of where the pulley wheels are. I've had it for few hundred miles now and shifting has been perfect. 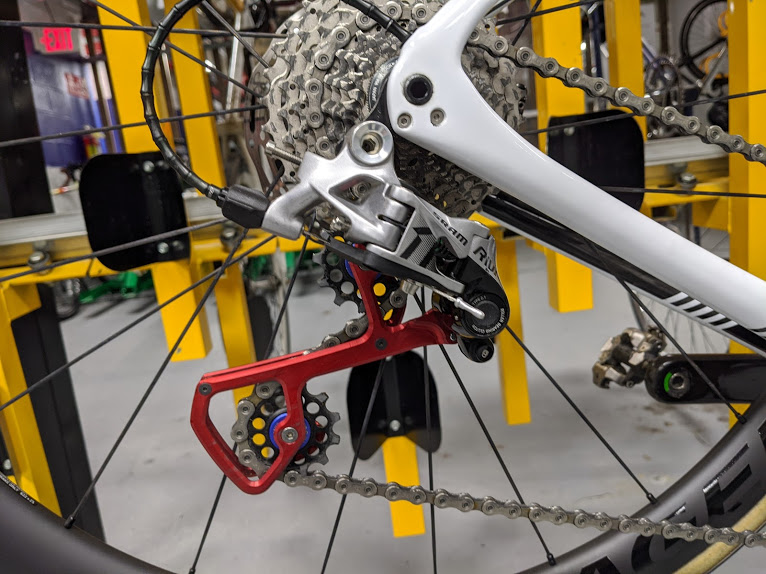 For a long time I've ran Bontrager Paradigm Elite wheels. They have been fantastic and the DT Swiss hubs, well perfect too. Riding some might to medium single tracks I would sometimes hit something bigger and began to worry about the aluminum rims. Because of this I wanted something a bit more stout and wider if possible as the 25mm internal seems to be the new standard. The Bontrager Pro 3V fit the bill perfectly. The bare set came in at 1545gr which was less than the advertised weight of 1575. For some reason the tags on the wheels were marked for 1600gr. Either way they were lighter - always a plus. For road riding 28c Vittoria Controls stretch out super nice and give that smooth rim-to-tire transition. I've tested my Challange Gravel Grinders 36c tires fit just right. Only have a handful of rides on them so far but very happy. The high engagement hub is LOUD and sounds like Chris King but I love the fast engagement. Additionally, I got the new slick through axles which dropped a total of like 60 grams from the DT Swiss ones. Here is how she sits weighing in 16.8lbs with XTR pedals. 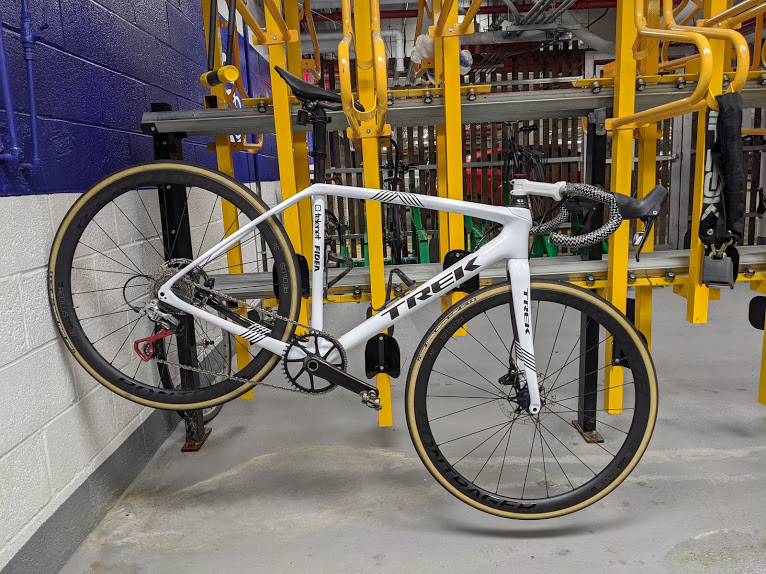 I'd like to get a power meter but don't want to change the crank set up as it's light and I love the looks of it. Currently I'm thinking of getting the Favero Assioma Duo road pedals and doing the MTB pedal mod. We shall see....
My Bikes:
BMC SLR01 TeamMachine
Cannondale CAAD8