The herd has expanded to N+1

I’ve been in this forum for years and I don’t think I ever officially have shown any bikes here. I got inspired by “Bely”’s thread about his endless stable of gorgeous hotties, so I figured I’d introduce the ladies in my life. 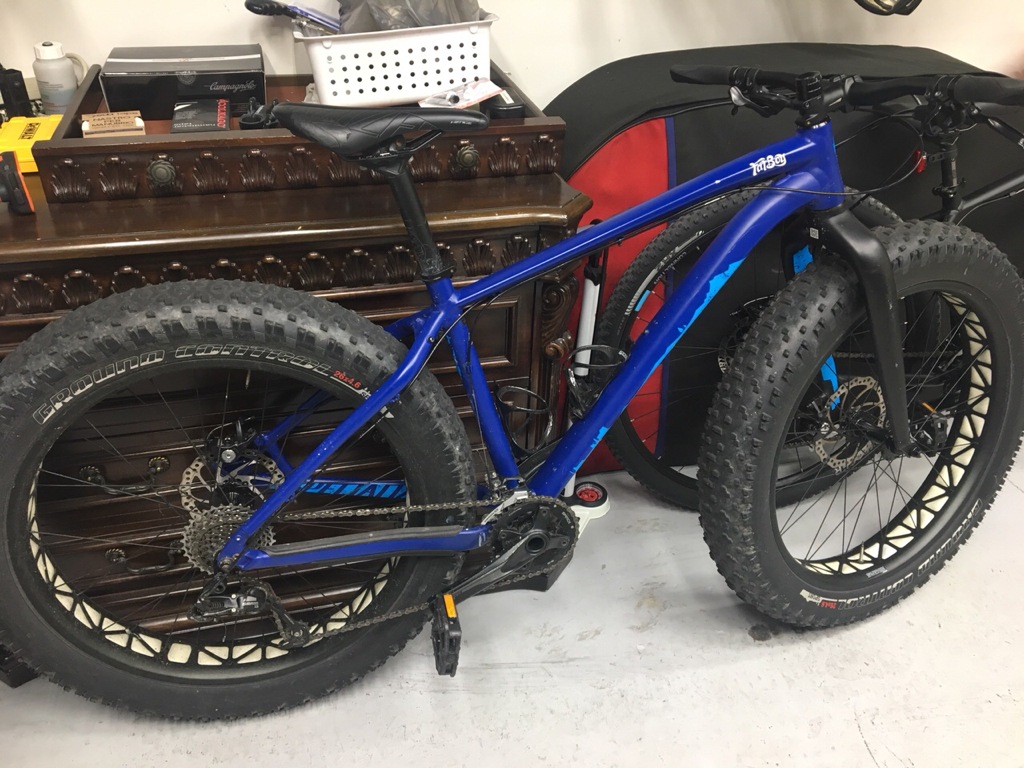 Bought this bike about a year ago to tool around the neighborhood and possibly give MTB a try. Rode it twice before my now 15 y.o. decided to take it from under me. Have not ridden it since as he takes it out daily to ride on the beach and all over. So long as he is encouraged to ride, I am good with it. I may get the Cannondale lefty version of it, but given chances are I won’t ride it much, I’ll let that idea simmer some more! 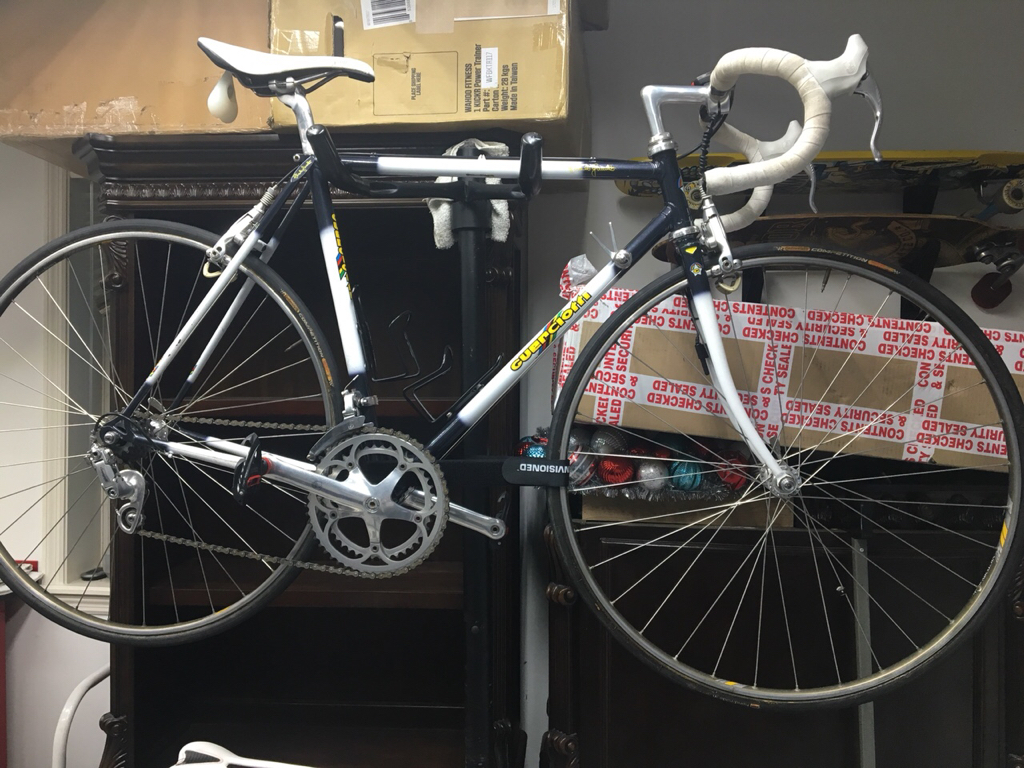 Lusted after this bike back in the late 80’s when I was finishing HS and starting college, but couldn’t afford it. Ran into this one for sale about 11 years ago after someone had it in storage for about 13+ years, and it was like new. Took it apart regardless, re-painted the frame/fork to original, restored and cleaned/lubed everything, and rode it for about 2 years getting back into cycling and loosing weight after a “10 year fat hiatus”. Love it!! 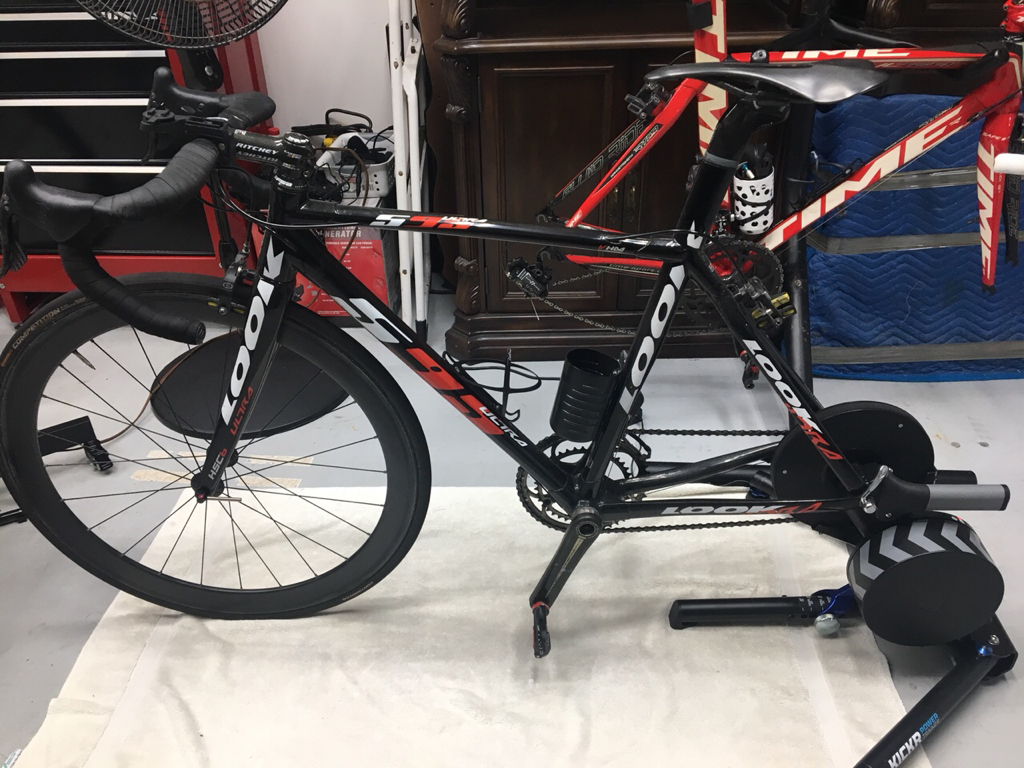 After Valentina got me in shape (round is a shape!), I got this babe to seduce me and introduce me to the world of WW. 14.3 lb with generic carbon tubulars including the powertap rear hub and 14.02 lb with Hyperons. Built back in 2007. Stiff, unapologetic, and a pure French mannered girls that climbs, sprints, and descends like a true PRO! Too bad I don’t have the engine to make it perform like it craves. Have it as a trainer bike now, but love riding this bike without a doubt!! 10sp Campagnolo Record. Hoping to convert to SR 11sp at some point. 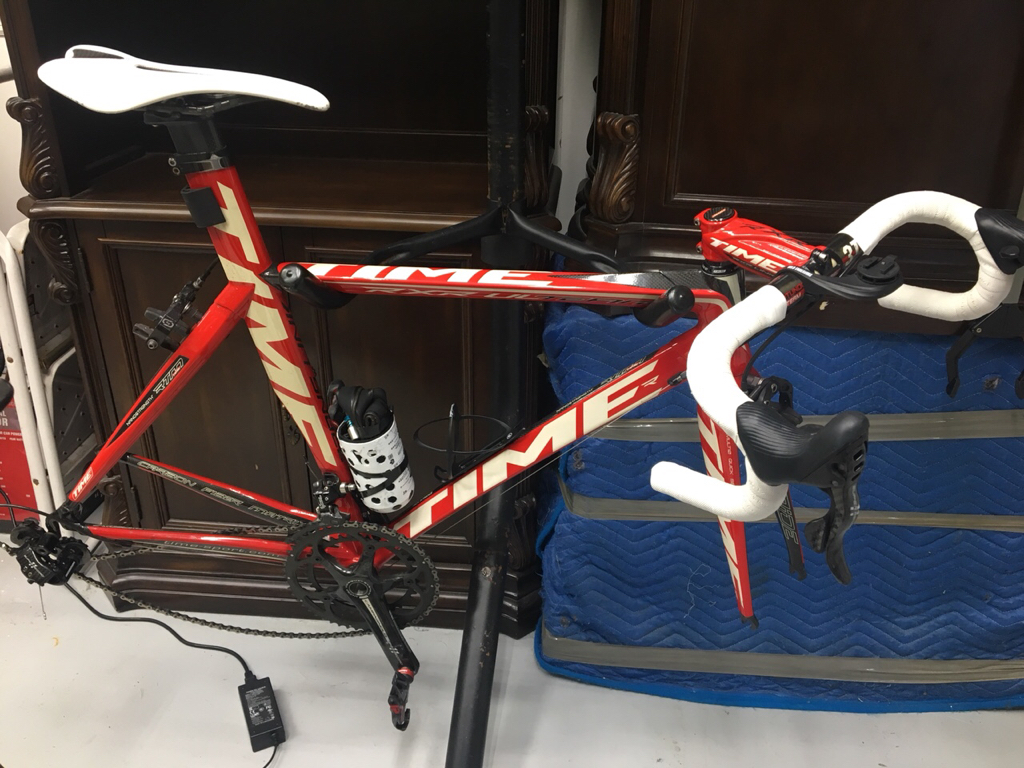 My daily softer beater and take abroad bike. Softer and more comfortable for the long haul than Chloe, but no less capable. Built back in 2008. Have been to France, Spain, and Italy with it. Not a single flaw to this day. No question it will remain as my “daily beater” and “group ride bike”. 14.06 lb of pleasure with Chorus cassette and my tubular gen3 Lightweights. Kept me so happy that I had no desires to get a new bike for so many years until the itch had to be scratched in 2017. 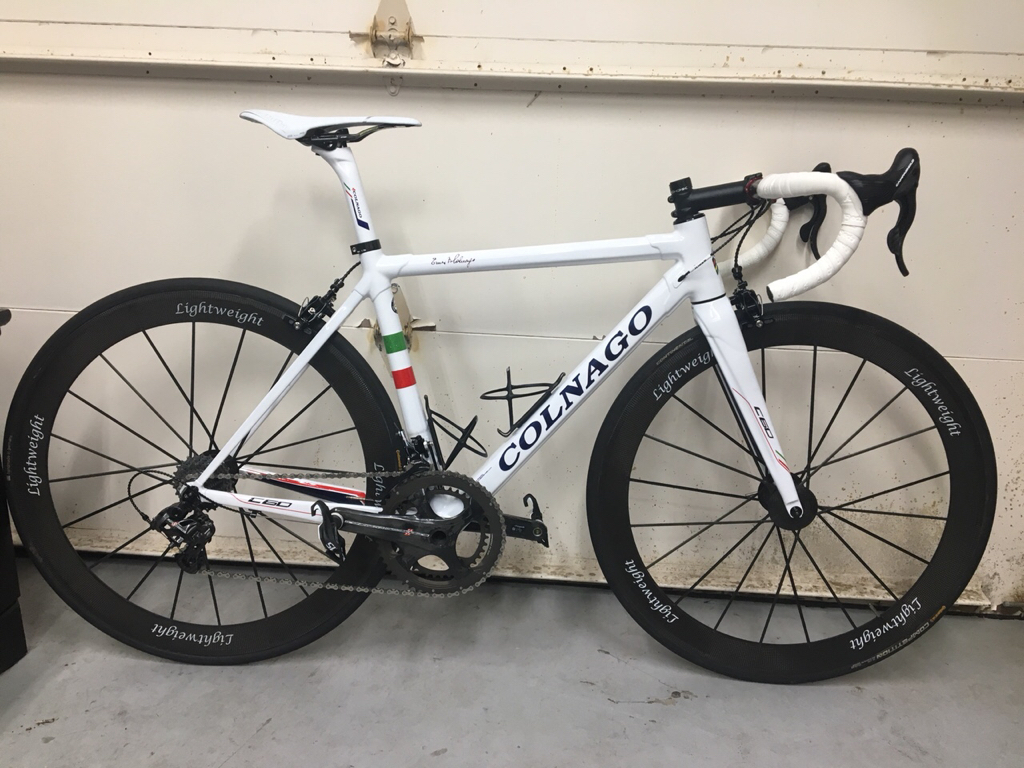 Just finished her today literally. I had not had a new bike in so long that I had forgotten that “new bike feeling”. Longest build in history. Schedules, work, and kids made sure it would take me nearly 2.5 months to complete. My first from the ground up build too. Need to cut the rest of the steering tube above the stem and maybe replace the stem to a same size but more aggressive drop. The fit is simply perfect without even riding it yet. I can tell this bad girl is going to make me quiver with pleasure over and over for years to come! So tempted to get an EPS SR kit for it and move the mechanical components to upgrade CHLOE LE LOOK, but I’ll ride it as such for now to see how it goes. 14.04 lb of pleasure as it stands with a Chorus cassette. Not sure there is much else I’m willing to compromise or spend on to drop any more weight. I will get rid of the Garmin holder as I won't be needing any computer on this bike. This one is simply to ride for pleasure. Screw numbers.........
Last edited by dgasmd on Tue Jul 02, 2019 2:02 am, edited 2 times in total.
The Herd
viewtopic.php?f=10&t=149524
Top

You have quiet a collection!
Let us know how the C60 compares to other bikes after your first ride.
My barn
Top

1. Beauty C60. What do you think about a white stem? Or, adding a white stripe to it?

Johnny Rad wrote:What do you think about a white stem? Or, adding a white stripe to it?

Thought about it, but the stem I may swap this for has a time bit of red in it that may just blend and match even better. We will see. I still think the Black by itself adds a bit of contrast to the white, and putting an all white stem there would be just too much white.

Nice bikes but... why did you give them all names?

I think the bike looks good with the black stem, in fact, I would consider a black post too. Mine with the white stem and post was a bit over the top but it all depends on the look you're after. Bike looks good!
Top

tonytourist wrote: ↑
Tue Jan 23, 2018 3:00 am
I think the bike looks good with the black stem, in fact, I would consider a black post too. Mine with the white stem and post was a bit over the top but it all depends on the look you're after. Bike looks good!

+1 on the black stem and black seat post.
But do whatever you personally prefer.
Top

Welcome MISS PIGGY to the harem!! 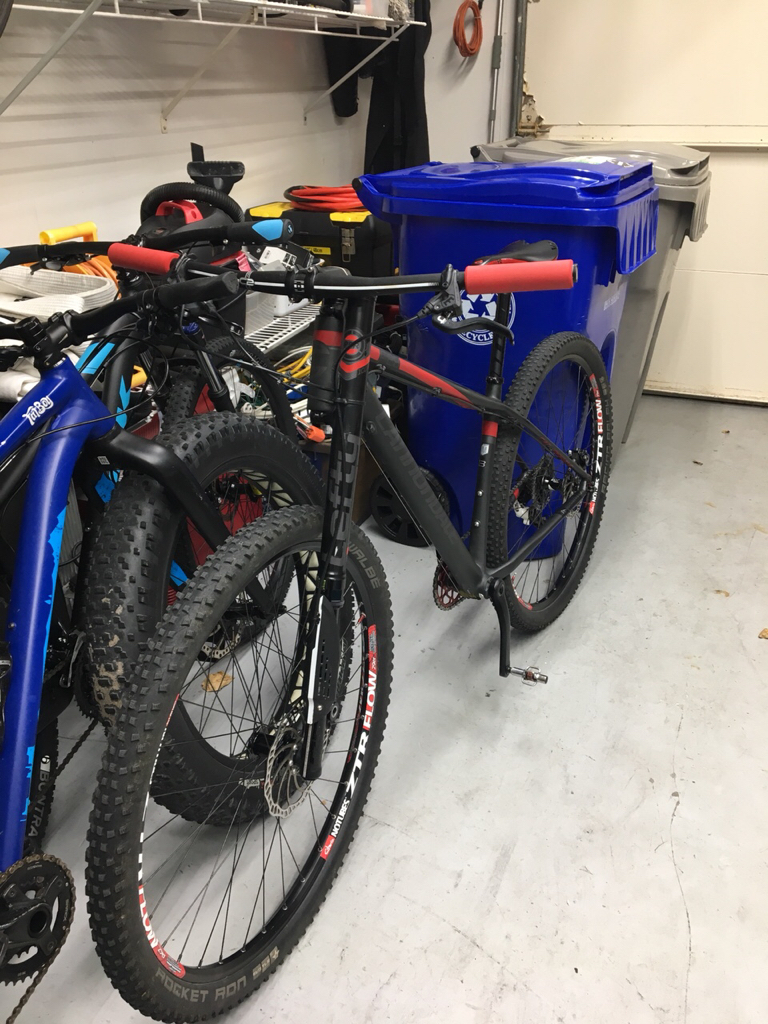 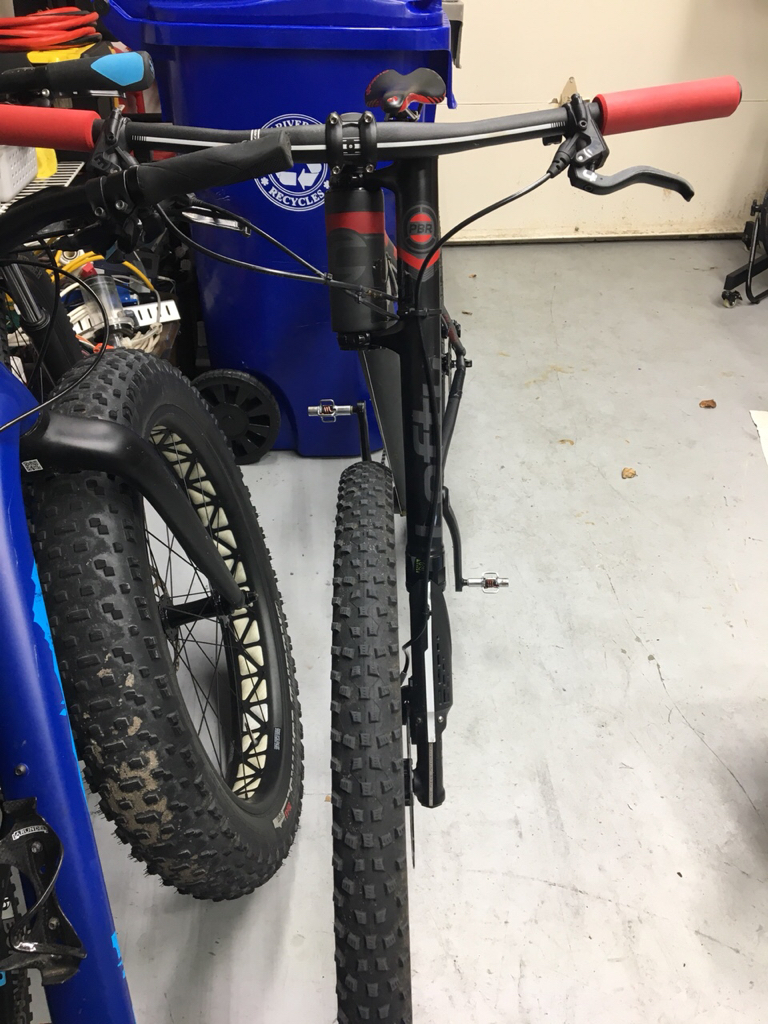 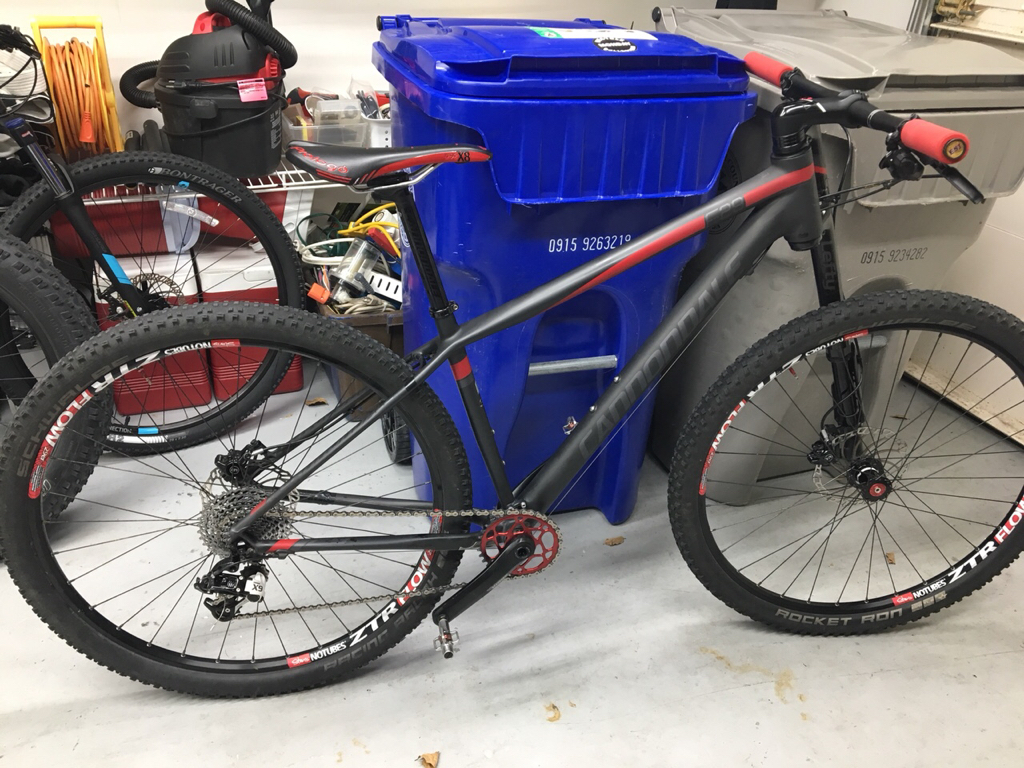 What do you think of the 595 ultra? I had a 585 ultra and found it to have a somewhat wooden ride quality. Nevertheless I'd still love to add a 595 to my stable. They're hard to get now. I've been roughly looking for nearly 2 years and have not seen a single white small/medium come up for sale.
Enigma Elite HSS|Sworks SL6|Colnago C60/V3Rs|De Rosa Protos|Bianchi XR4/2|BMC SLR01 16|Cdale EvoHM 12|Focus Iz Max|RidleyHelium SL/SLX|BH Ultralight|Basso Diamante 15|Scapin DyseysS8|Time RXRS/ZXRS|TCR SL 12|Ridley Noah 08|Look 585|Cervelo SLC
Top

zappafile123 wrote:What do you think of the 595 ultra? I had a 585 ultra and found it to have a somewhat wooden ride quality. Nevertheless I'd still love to add a 595 to my stable. They're hard to get now. I've been roughly looking for nearly 2 years and have not seen a single white small/medium come up for sale.

White color is the unicorn of 595. They only did it for the first or second year but quickly discontinued it due to way too many warranty claims. The paint would crack at the junction of the isp and top tube, so people would think rightfully so that the frame had cracked.

They come on eBay and r&a cycles often enough.

I love mine. It is super stiff and for long rides can feel harsh. Some people say it was a sprinters bike and some it was a pure climbing bike that was a bit too heavy, but it is stuff AF for sure. Depending on tire pressure and the rest of components, it can be comfortable enough. However, for a 100 mile ride, it is the last bike I’d reach for of the 4 road bikes here
The Herd
viewtopic.php?f=10&t=149524
Top

That's a hell of a harem - VERY WELL DONE!
Have you ever wondered if there was more to life, other than being really, really, ridiculously good looking?
Top 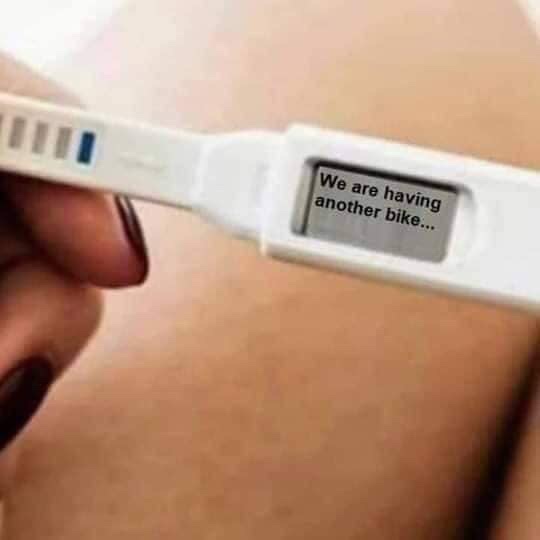 My true gansta and ThugLife dog approves so far!