I have decided to present Bike Number One, my dream bike, to the weightweenies community after recently taking some respectable photographs.

While first owning a 2005 Specialized Roubaix Elite in navy blue, I fell in love with the frame design and andromeda color of the first generation Trek Madones; watching the build up of majklnajt's Madone also helped! I patiently waited on eBay until a new, old stock frameset sized 56 cm showed up, and I bid to win. Over the course of 6-9 months, I purchased new or like new components individually to complete the build based on aesthetics and performance. Each component is essentially my favorite of that kind, but I did consider the aggregate when designing the bike. I did not intend to build a 2006 model year replica, but installing a Shimano Dura-Ace 7800 Series groupset surely made it look that way. It originally rolled on Bontrager Race X-Lite carbon wheels (44 mm depth), but after seeing Daddy yo yo's SSL, I finally realized that thin tubed bikes look best with shallow depth wheels. The C24 wheelset was the most recent and final piece of the build and helps keep the overall weight down. The actual weight is about 7.1 kg, and I contemplate changing components to achieve a weight of 6.8 kg. Maybe sometime down the road...

The bike is ridden quite a bit indoors on the rollers and then for my goal road races during the year. I have raced it in a criterium, but the poor pavement on most Texas courses does not bode well for a light bike. I will say that those C24s spin up fast out of corners!

No doubt this is the nicest madone Trek ever designed.
My 6284gr TIME Alpe d'Huez
My 10012gr COLNAGO Master X-light
Top

I completely agree with you kgt, Trek outdid themselves with this frame. even the current Emonda can not come close.

i own a 2007 madone ssl 6.9 (see signature) myself. this frame shape was trek's best ever for me! fantastic build, always had this wheelset in my mind...

however, i ordered a new frameset recently and my trek will probably have to go.

It looks nice but it feels old to ride. Café racer.

PSM wrote:It looks nice but it feels old to ride.

I'm not big on Trek, but this I Like a lot. Well done.

Daddy yo yo wrote:however, i ordered a new frameset recently and my trek will probably have to go.

Why don't you keep the Trek and buy something new in addition?

I'm interested to hear more of what you mean by that. Honestly, I don't have enough saddle time on other bikes to notice the advantage of something new. Is it primarily in stiffness? Aerodynamics? I will say that you can absolutely throw this Madone into a corner fast and it will ride like on rails.

so the ride will feel the same - and it is good that way! yes, maybe newer models are stiffer in certain areas (bottom bracket, head tube) but do you really feel that? i am sure i cannot make out a difference!

in my point of view, madone geometry is fantastic. with newer models you even have the choice between H1 and H2 so one like myself would not have to use 2cm of spacers or even more...

I was under the impression that the geometry also changed with new frame designs...that's interesting. 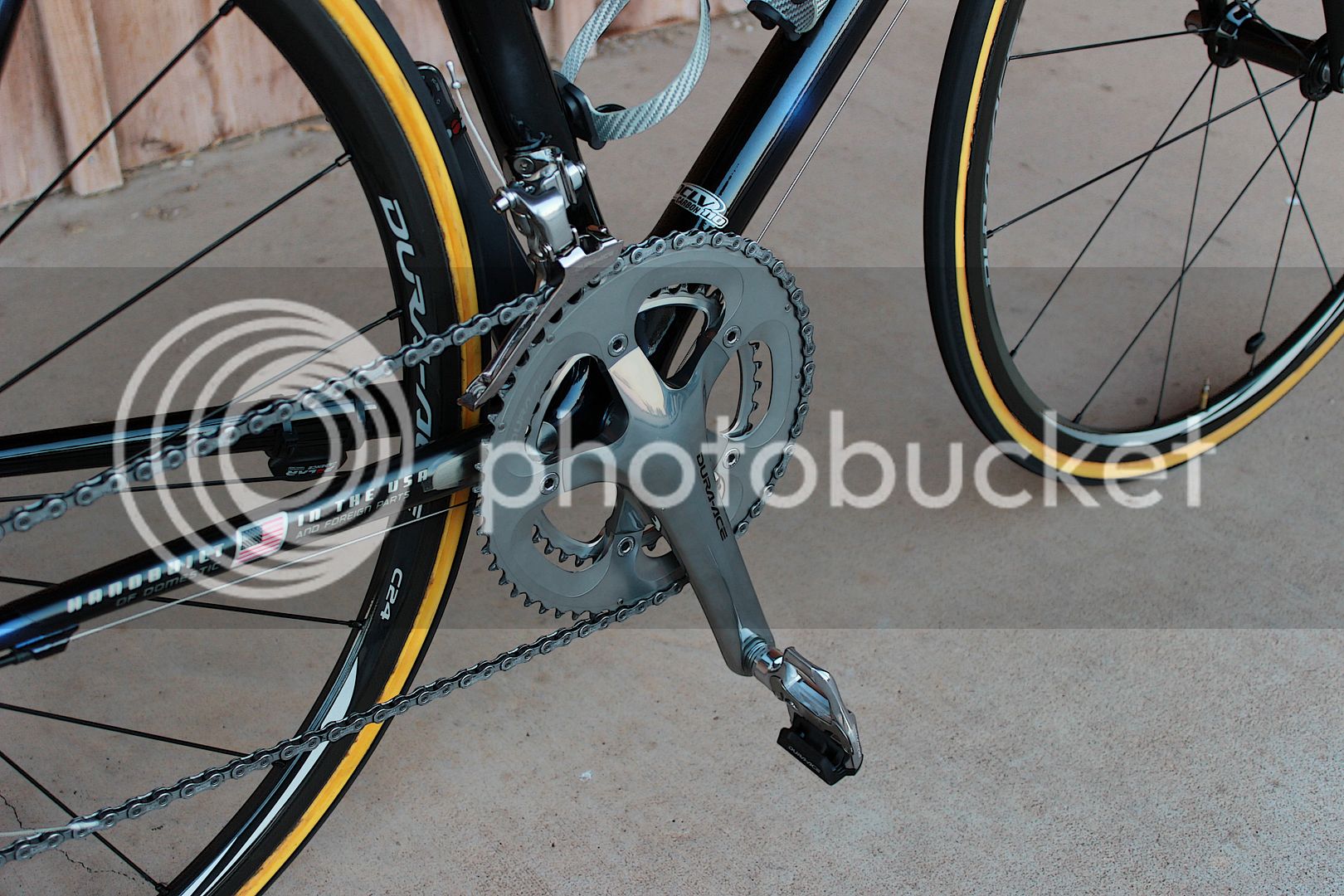 Agree about the shape of the frame. I fell in love with it the first time I saw it.