Specialized SHIV Pro, built for the road.
Disclamer: I need a 76° STA, and the 72.5° HTA and in road bike terms massive 405mm reach (I'm 173cm/5'8") suits me perfectly. Thus, this is not another case of just slapping road bars on a TT bike. Disc wheel then? That noise just gives me the goose bumps on every ride, reason enough in my mind... 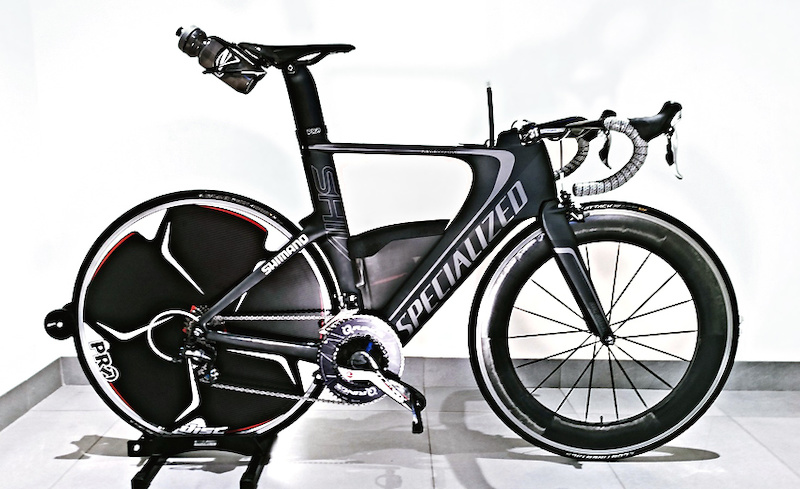 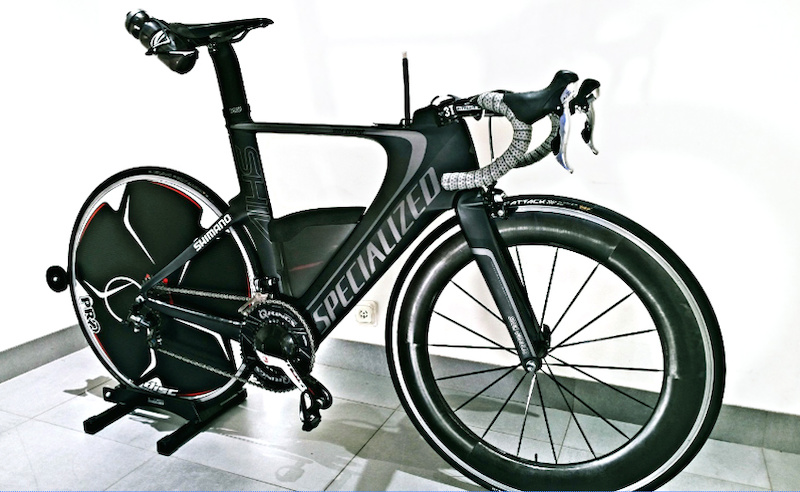 A few words on this build, I'm a wrench down at the local LBS so got a great deal on this frameset, and the geo was right up my alley so I took it. Will mostly be doing fast fair weather solo rides around 100km/60mi, have got other bikes for rain, commutes and group rides. For very good reasons I won't post the actual weights

Your local races let you use that?
Firefly Ti Road
Top

Well, that sure is different. I like it!
Should be fun in crosswinds

what do you need a bottle on the back for?
Its got a petrol tank

Have to be honest, while it looks mean as f***, I can't imagine the ride or handling being great

jbaillie, actually I don't do that much racing (really more into my own everyday riding/training) but except for the disc wheel this will pass anything I might race locally as there is no UCI regulations at that level...

Arjan, I'm pretty curious of this too

my last build was similar but on a Planet X Stealth, so slightly shallower tube profiles and sans the compartment box... Too much snow to tell right now though.

Jekyll man, the water bladder is only 500ml, nowhere near enough for a three hour ride in the summer. As for handling this is my third bike in a row with pretty much identical geo, so I'm fairly convinced the handling will be to my liking

It looks like you are one of the very few who use the fuelselage.
Top

I've actually had that "antenna" design feature stuck in my head for years, somewhat inspired by early 90's endurance race cars perhaps... The Fuelselage seemed like a great opportunity then. And frankly, the original design with the magnetic bar strap seems a bit crap. 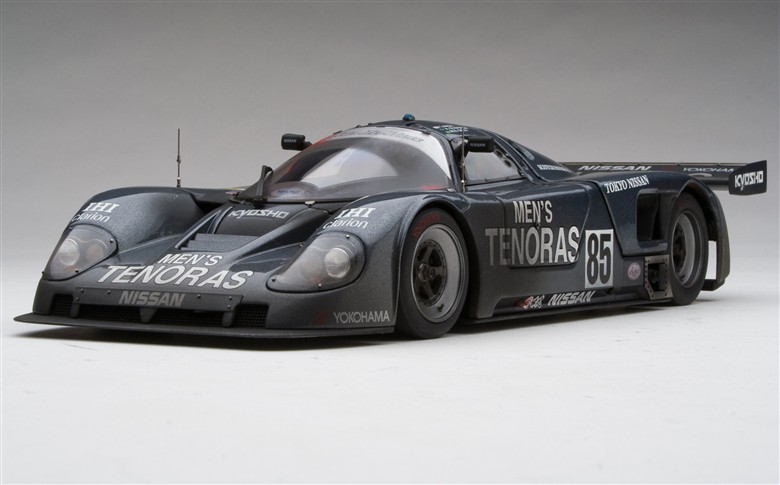 I'm imagining it with the wireless SRAM shifting.

Hehe, yeah I was actually twisting the arm of our local SRAM rep just the other day as to get some price guesstimates for the upcoming RED. His companion had the chance to try out an early version a while back... But as for any $ info, he didn't know (or wouldn't tell, haha)
The Shivenge
Top
Post Reply
21 posts