Decided to switch it up for this season and change my road race bike. I liked my S5 except I wanted abit more of a traditional race frame. My girlfriend got a 49 Tarmac last summer and I test rode it a few time and knew it was the bike for me.

Picked it up from the shop around a month ago and have been riding it the last few weeks and in my first races. Good bike this! Not exactly sure on the weight yet; but I'd guess around 6.5-7kg from the Indiana Jones scale. Could make it lighter with carbon bars and a more exotic post and brakes but the current setup is so functional.

Have two sets of wheels coming from wheelsfar as well; a 50mm tubular/dt swiss 240s which im going to pair with some gumwall veloflex's or vittorias and a set of 38mm clinchers which I think im going to put my 25mm vittoria paves on. Should be down in the low 6s, high 5s with the 50mm tubs.

Looks spot on that!
Top

That's a really good weight for such a solid build.

Are those Arundel bottle cages?
"Nothing compares to the simple pleasures of a bike ride," said John F. Kennedy, a man who had the pleasure of Marilyn Monroe.
Top

That looks the business

Thanks for the compliments guys! @Ypsylon, they are Arundel Mandibles, big fan of them so far, very solid.
650b Ritchey
Colnago Mapei
S-Works Tarmac
Top

frame could be one size larger.
and the rotor chain ring is ugly as hell...
Top

Why do you think I need a different size? the 49cm and 52 are very similar but I wanted the lower stack offered by the 49.

The rotor rings are quite ugly although I cant think of anything that would look better; shimano looks silly on anything but their own crank, sram will throw a chain and looks like crap, and most exotics arent going to shift as well. I guess I could put some praxis classic rings on there but Im not sure it would improve the look.
650b Ritchey
Colnago Mapei
S-Works Tarmac
Top

I had a Tarmac with the Rotor Aero Q-Rings on and thought, just like this one does, that they looked awesome! Really felt the difference with stiffness over the DA7900 cranks I swapped out for them aswell 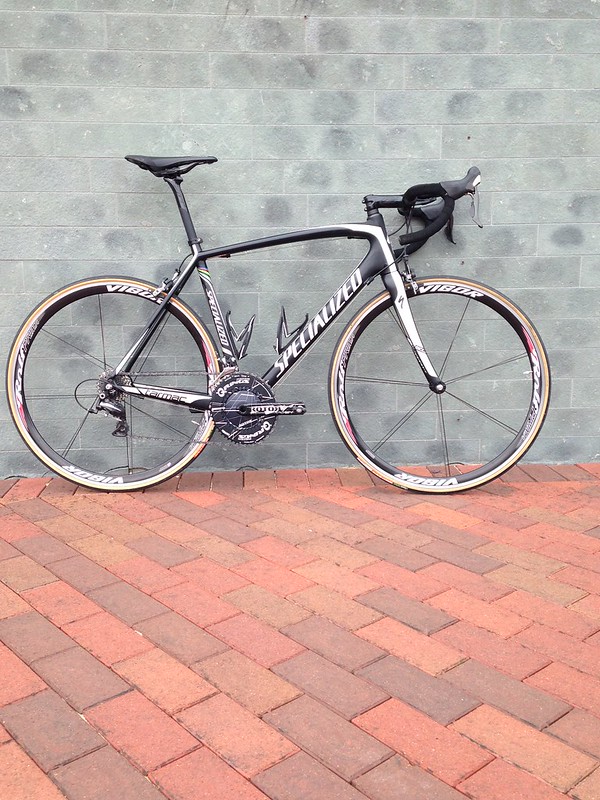 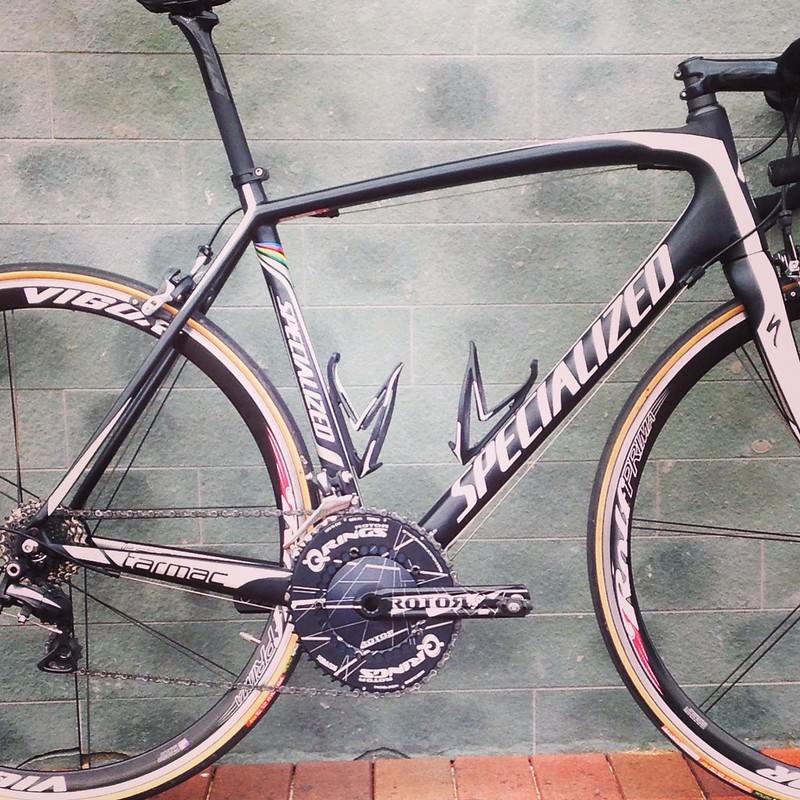 Such a nice build, the 49cm frame looks so pro! Well done. Which seatpost are you running?
Top

shoopdawoop, what is your saddle height?
Top

From BB center straight up to to the horizontal line of the saddle is 68.5cm

Nice looking bike. Lots of bang for the buck and practical.

My only comment, and I own Di2, you need to clean up the cables on the front end, you have a hornets nest looking set up. If you go back in and take some time you should be able to get the Di2 cables to run long the brake cables on the bars, then straight back to the junction box. Take a look at a team SKY bike from the front to see a super clean set up. I have also used black shrink wrap to get the brake cable and di2 cable to look super clean as they run back to the frame.
Top